What good is a frame without any drywall attached to it? None, I tell you! So I present you: drywall against the frame!

As most of the thinking and planning had already been done before the frame went up, this one was done execution style. Get panel on the lift and hoist it in the air… 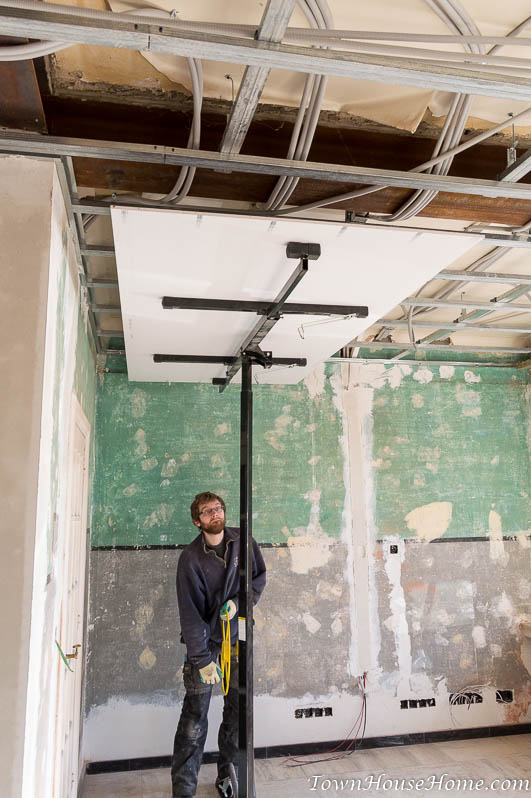 … then screw it in place… 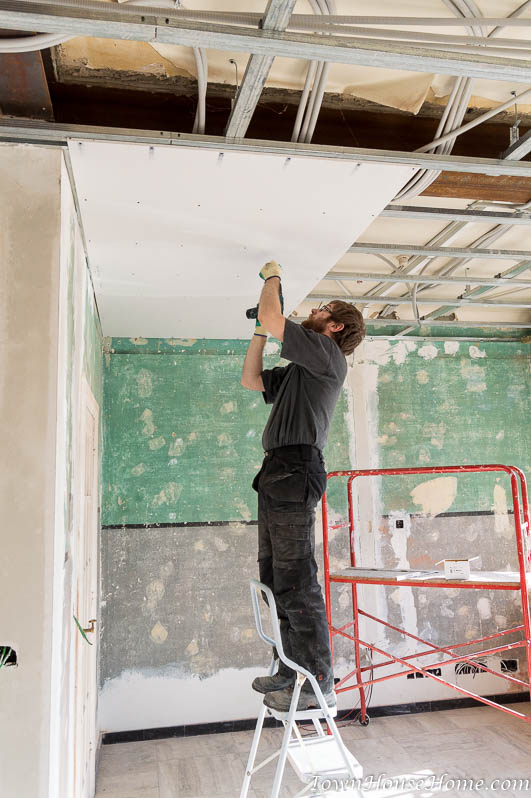 … only to perform “wash-rinse-repeat”. Before you know it the second row is started… 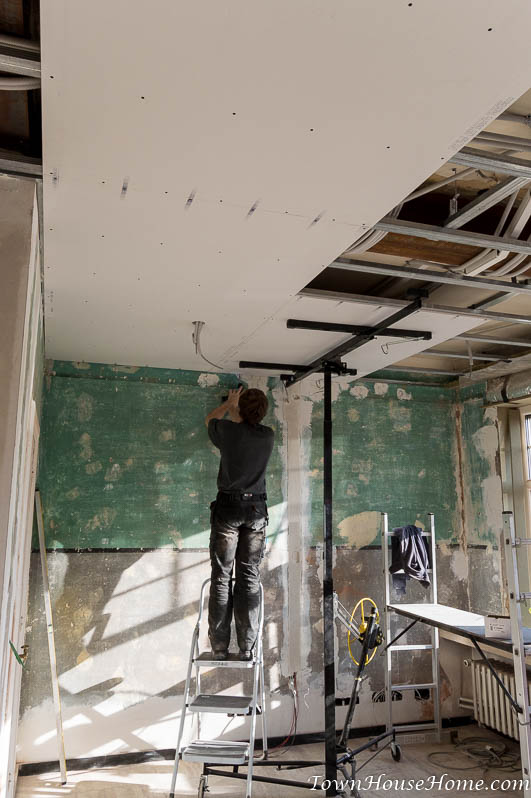 … and the shit hits the fan. For once I didn’t put on my gloves (the screws tended to catch in them, pulling my drill against my hand), and I found myself an adversary in a stubborn screw. It sprung away, and my screw bit (on the trusty Makita) plunged itself into my thumb. 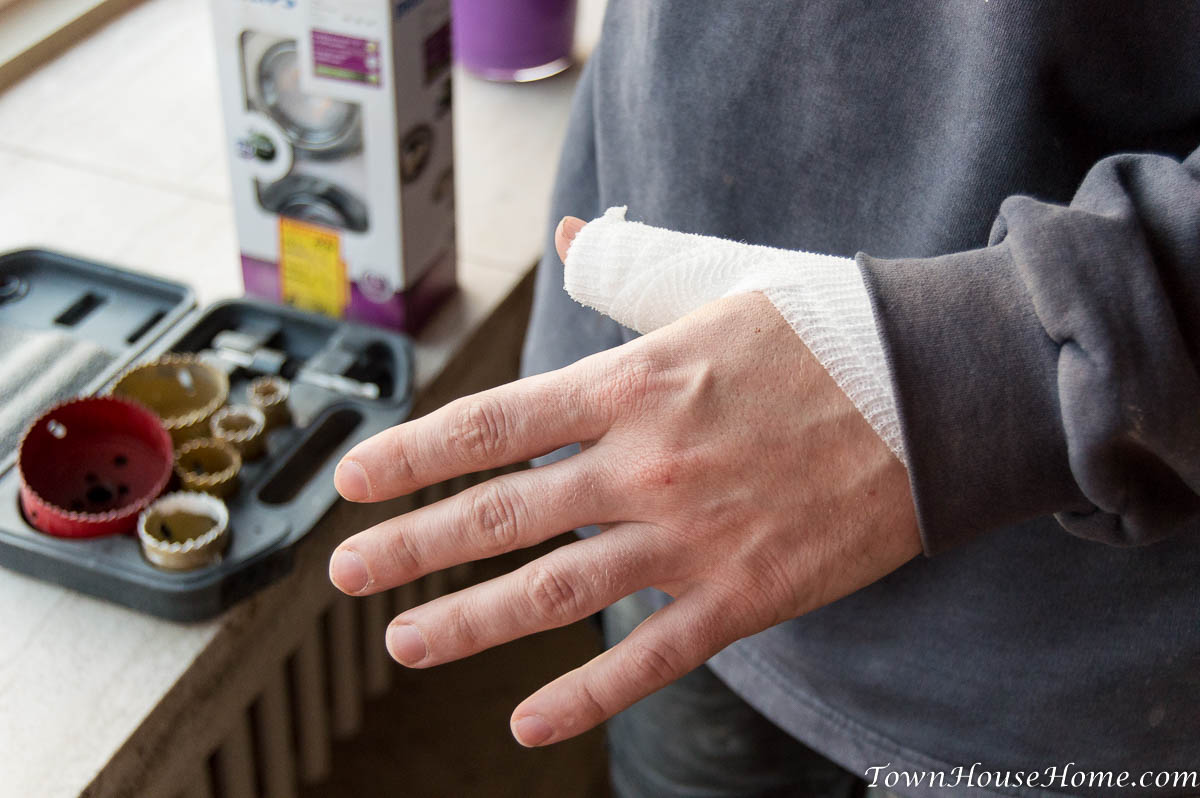 The doctor said it was only superficial, but I beg to differ. It’s still a nasty scar, and it still hurts whenever something edgy touches it. One of those risks of renovating your own home, and a lesson learned: never take off the gloves, but instead look for another way to hold your screws with the gloves still on. While waiting for a couple of days for my thumb to heal a bit, I had to look at this: 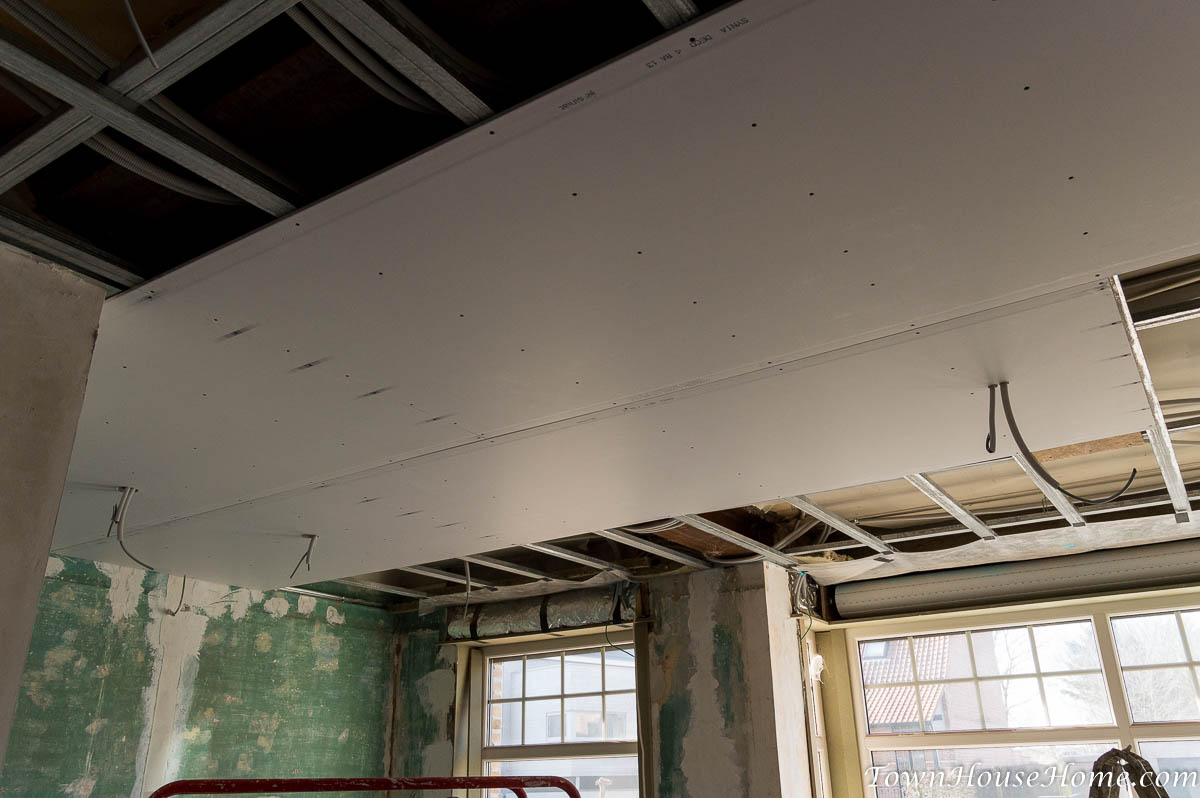 The agony, not being able to continue. A little later I did continue, finishing up this section before I knew it. 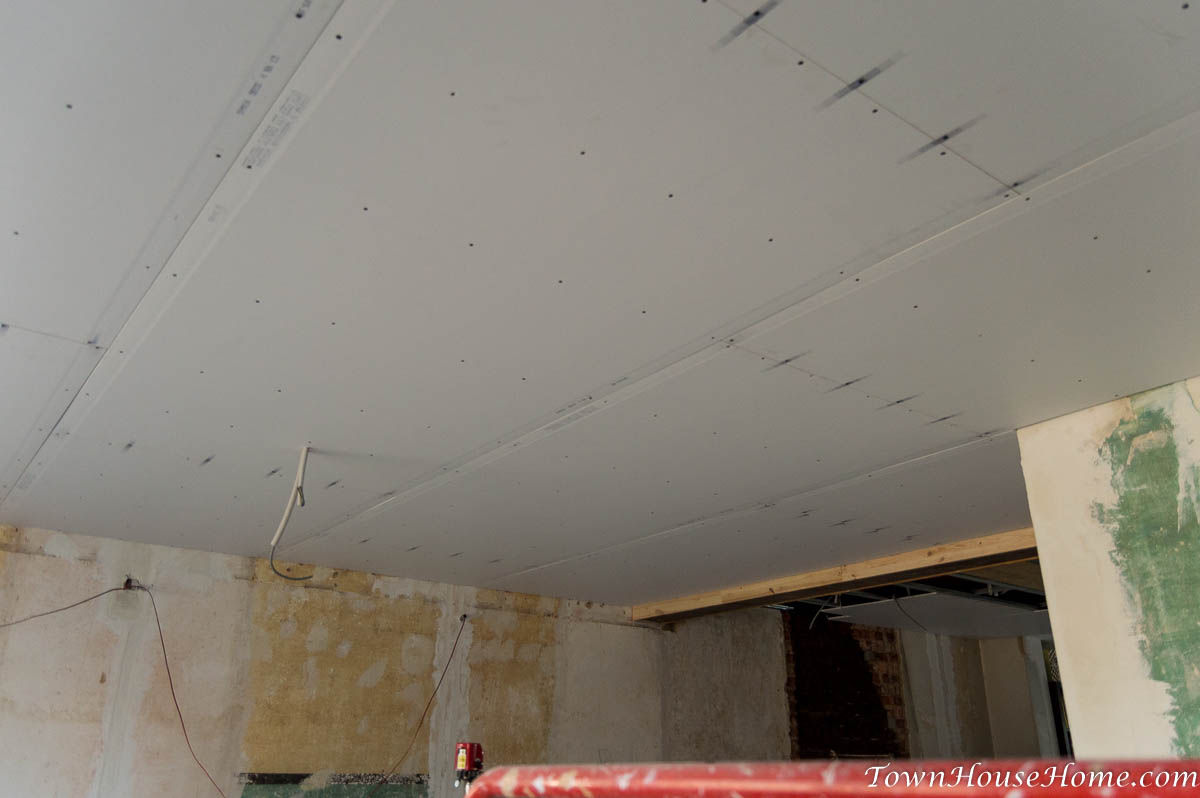 But I didn’t get this far without it’s frustration. Remember when I cursed on hanging things against the old ceiling? I had to take down two panels again because the plugs came out with the added weight of the panels on the frame, so I could drill a new hole, put a new plug in, rehang that part of the frame and rescrew the panel in place. Twice! But you can’t move the frame out of the way, because other panels are already attached to it… With an angle convertor on my drill I managed to succeed, luckily.

Then came the dining room part, which was equally straightforward. 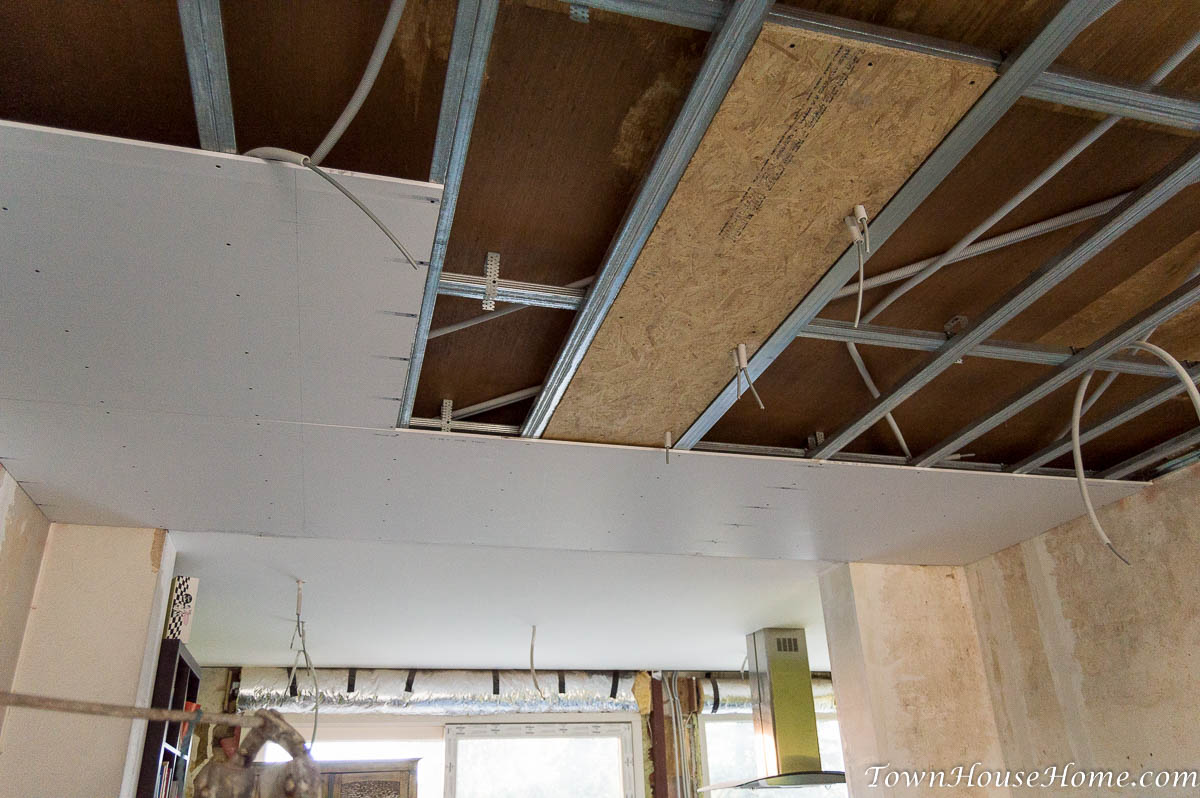 The usual method for shortening drywall panels is to cut the paper on one side, then break the gypsum and finally cut the paper on the other side. However, if you only want to remove a couple of centimeters, this will have you cursing. A lot. Because the gypsum will simply not break along the cut. The easiest solution is to use a saw instead of cutting and breaking. 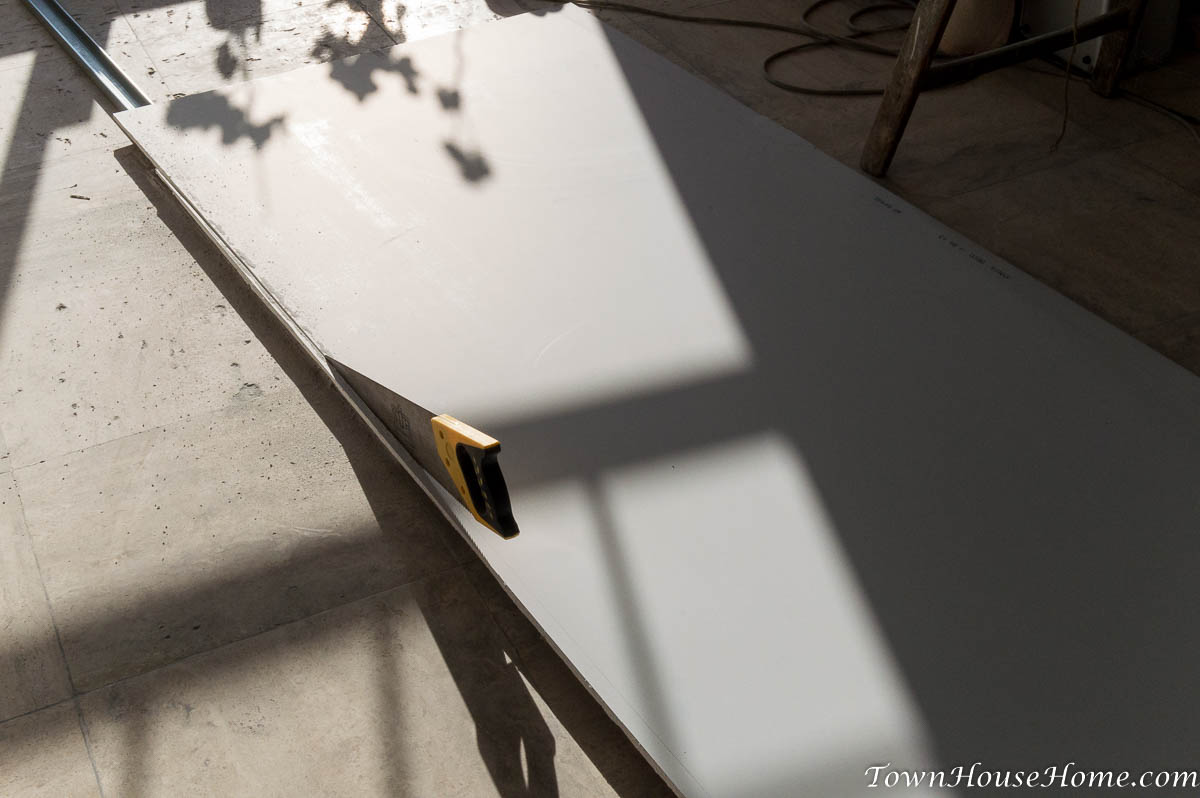 I used a hand saw, but if you want you could also use a jigsaw. I wouldn’t go at it with a circular saw tho…

Then came the time for another little test. I had noticed that the panels, while still standing against the wall, showed very little to no taper on the short sides. I had specifically ordered panels with all sides tapered, so I went by my supplier and told them my concerns. They told me it were indeed panels with very little taper on the short sides, but it would definitely be ok once the panels hung on the frame. So now came the test: 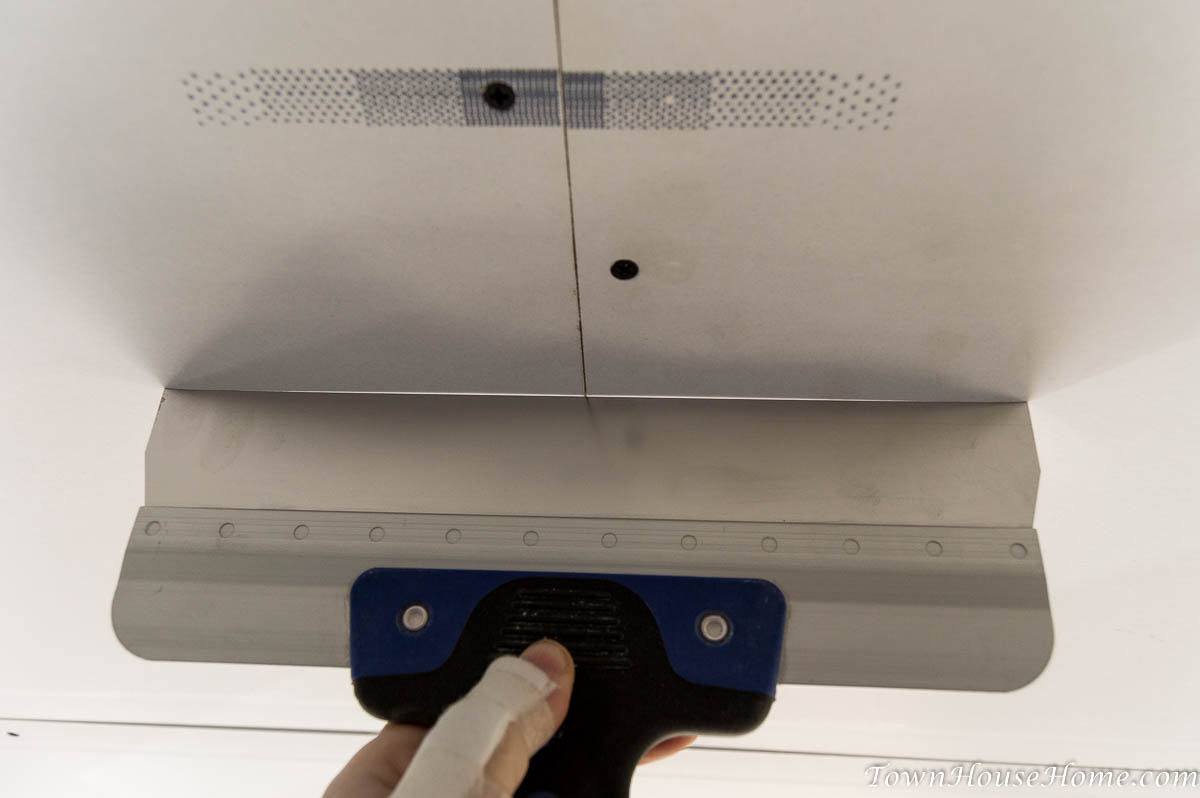 Success! Let’s try another one: 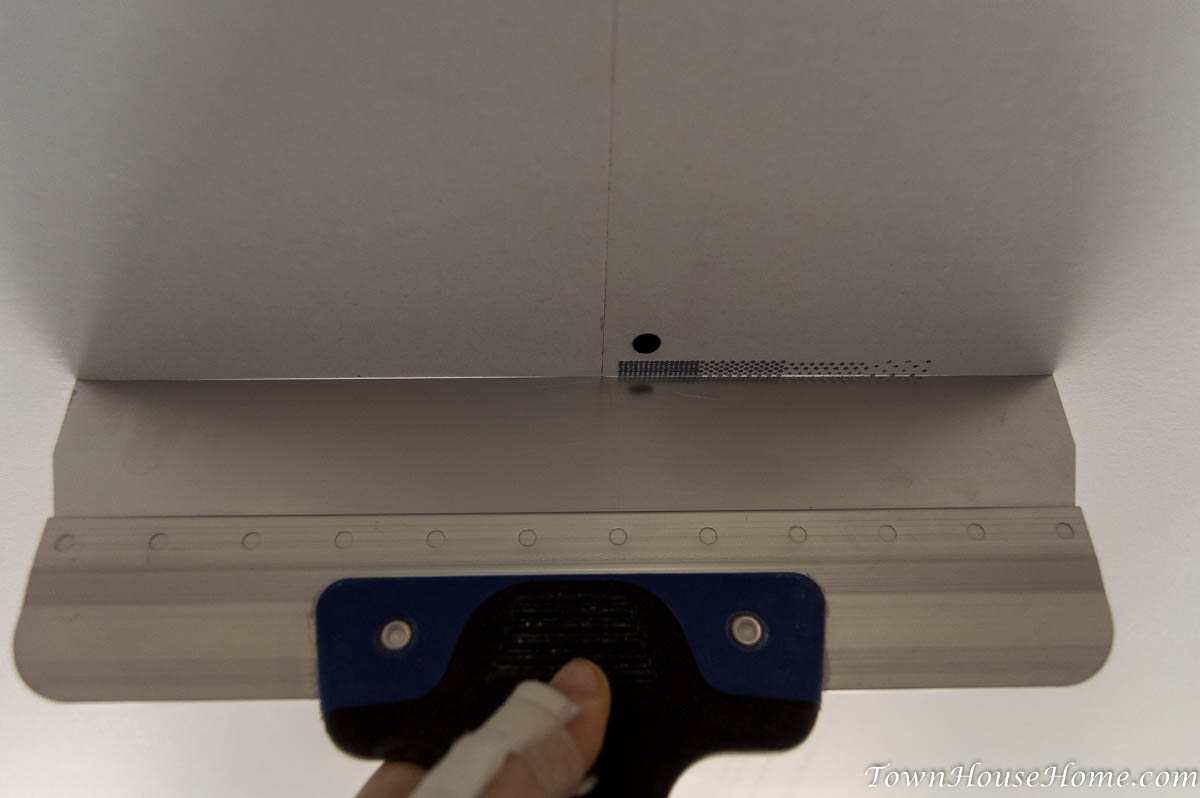 Dang. Unfortunately every 3 out of 4 seams were of the second variety and not the first. Because my supplier insisted it would be ok, if I just measured it a little bit wider, I bought a knife twice the size of the one in the photos. Sadly the result didn’t change: a lot of seams that would have to end up with some kind of bump to accomodate the tape.

So I devised a plan. First I would mud and tape (with paper tape this time, opposed to the mesh I used for the long seams) just the seam, trying to get it as straight as possible. 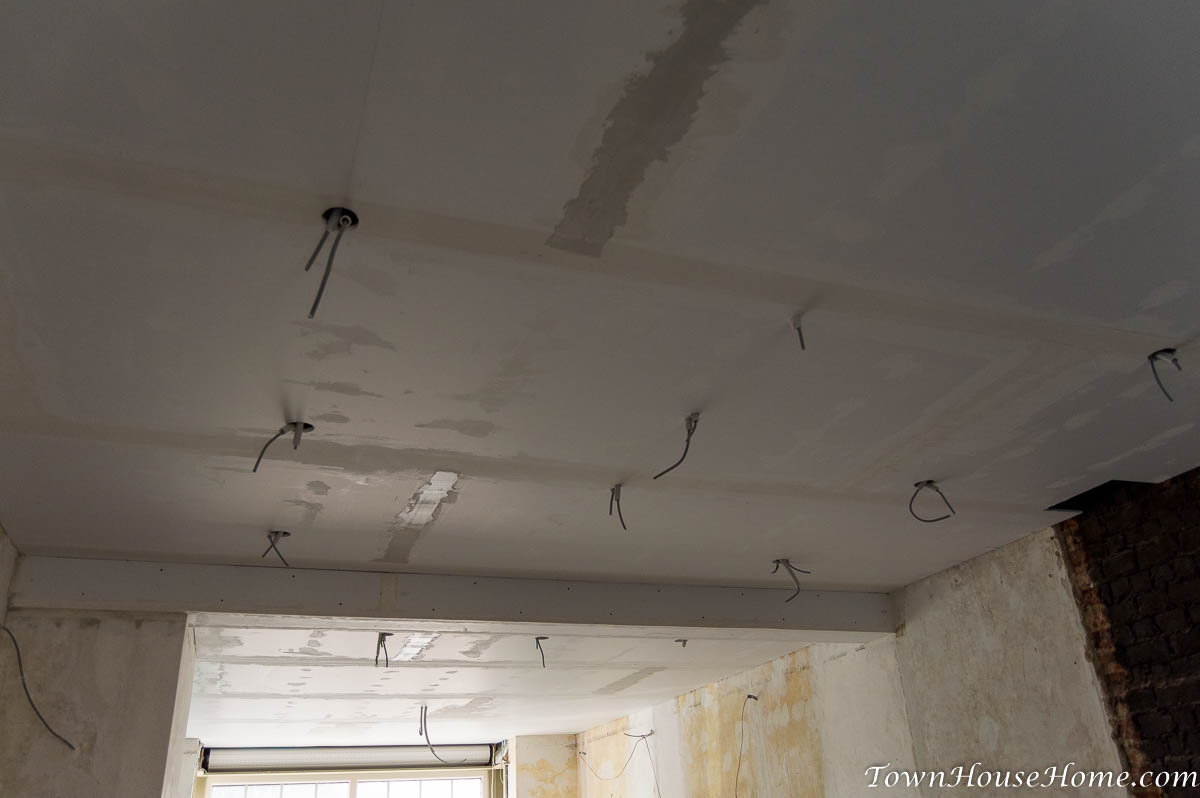 Then, once the mud had set, I could fill up the 50 cm along both sides using it as a guide. Once everything had set again, I could go over it once more, but in the perpendicular direction this time, to fill up any grooves. I did this a couple of times, switching directions every time, until it was good enough for the finisher. 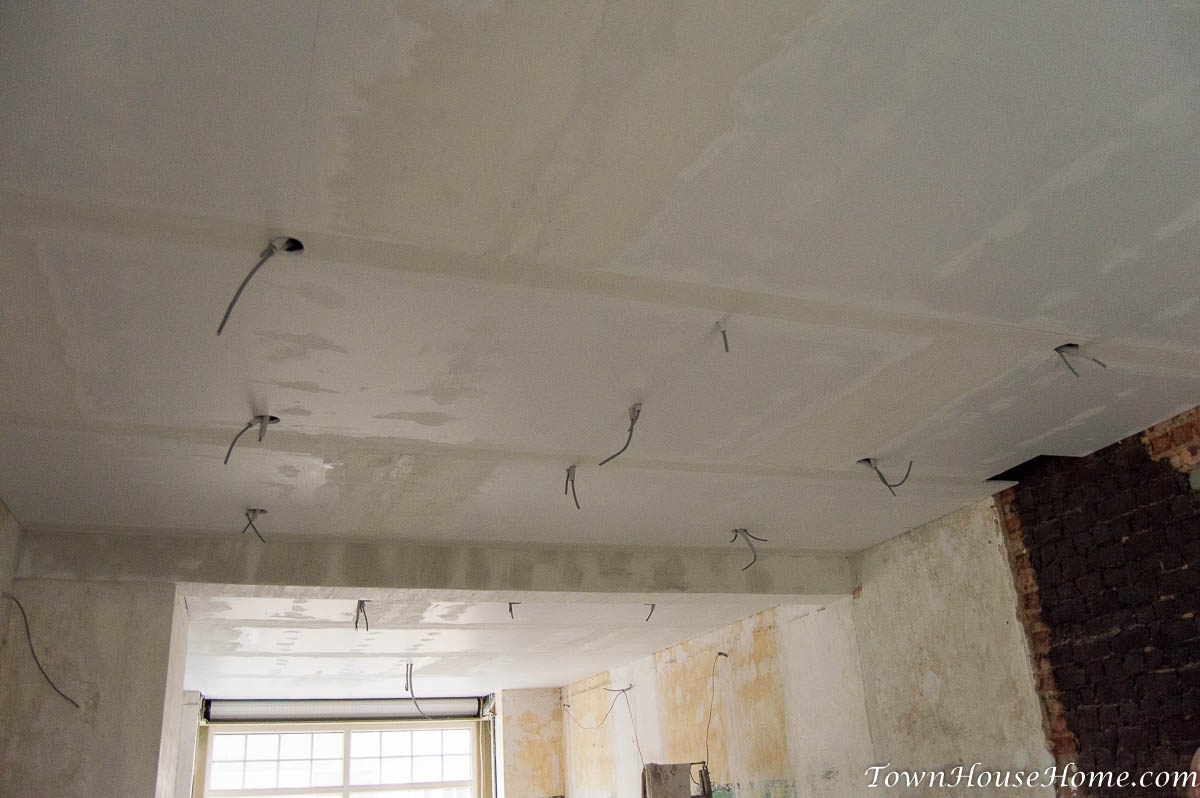 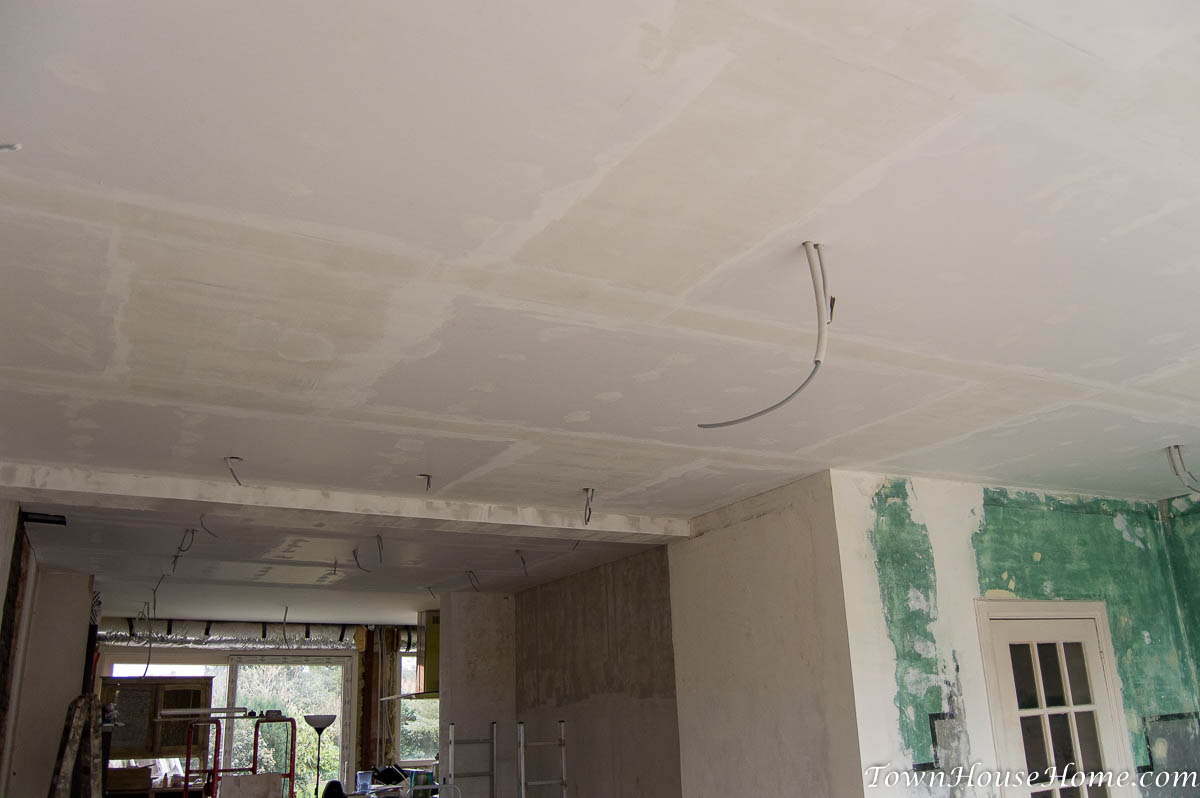 Needless to say it took me a lot more time to get it finished than it should have. I went over them five times with filler, instead of the usual one or two. The mud also didn’t stick to the paper very well: sometimes when leveling a seam I would empty it half again, because the mud stuck better to my knife than to the drywall…

Another lesson learned: I didn’t ask for a specific brand of drywall, so I ended up with this one. Now that I’ve done some research, I know what brands to ask for (in Belgium: Knauf or Gyproc, with a slight preference for Knauf). If they don’t stock them, I’ll find another supplier. Unless any of you have another recommendation?