Drywall and metal for roughly 65 m². This is how that looks like. 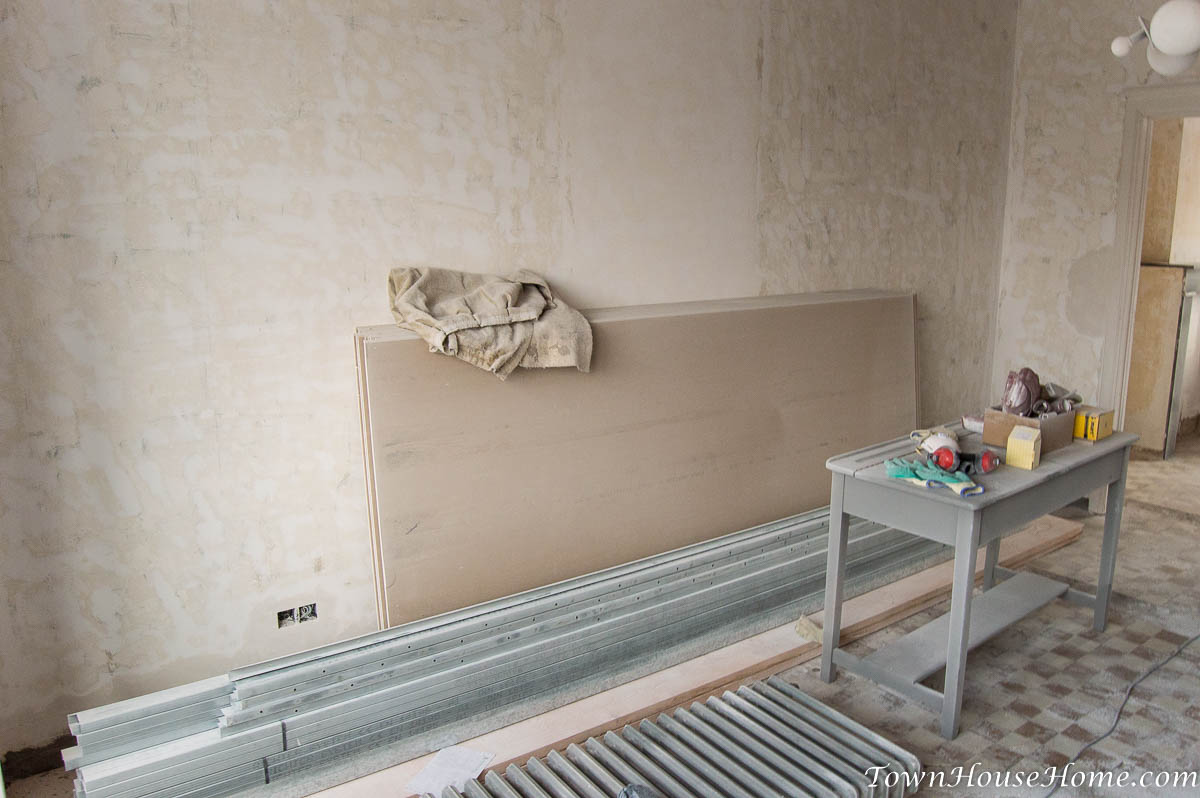 Doesn’t seem that bad, does it?

I’m still glad I didn’t have to carry it up the stairs, but could ask the delivery driver to lift it up to the window on the first floor, so we could drag it all through the open window. Thank God we’ve got huge windows. Not tiny, but huge.

I don’t know who ever came up with the guidelines for installing drywall on metal studs. If you have your studs and your drywall perpendicular to each other, you can leave up to 50 cm between them.Works out really nice with drywall that’s 260 cm long. Not!

However, if you don’t have to span more than 5 m, there’s a little trick to make it all work out: take 3 studs spaced 50 cm apart, then the next 4 40 cm. Depending on how wide your room actually is you can repeat the pattern for the next plate and things should work out just fine (you might have to shuffle the widths up)

I had it all worked out, how I was going to fit the drywall into the ceiling and how the studs had to go to make it all possible. Then came implementation time.

First I used my level to find the lowest point any beam had, as the frame had to be below this. At this height I went around the room, attaching a C-profile stud level to the wall (for the other studs to rest in).

Next I hung up all the supports onto the wooden beams, making sure they had the exact spacing between them that I calculated, and that they were level with the C-profiles.

Finally I could cut the studs to length, joining pieces if I needed a total length more than 4 meter, and put them into place, snapping into their supports. 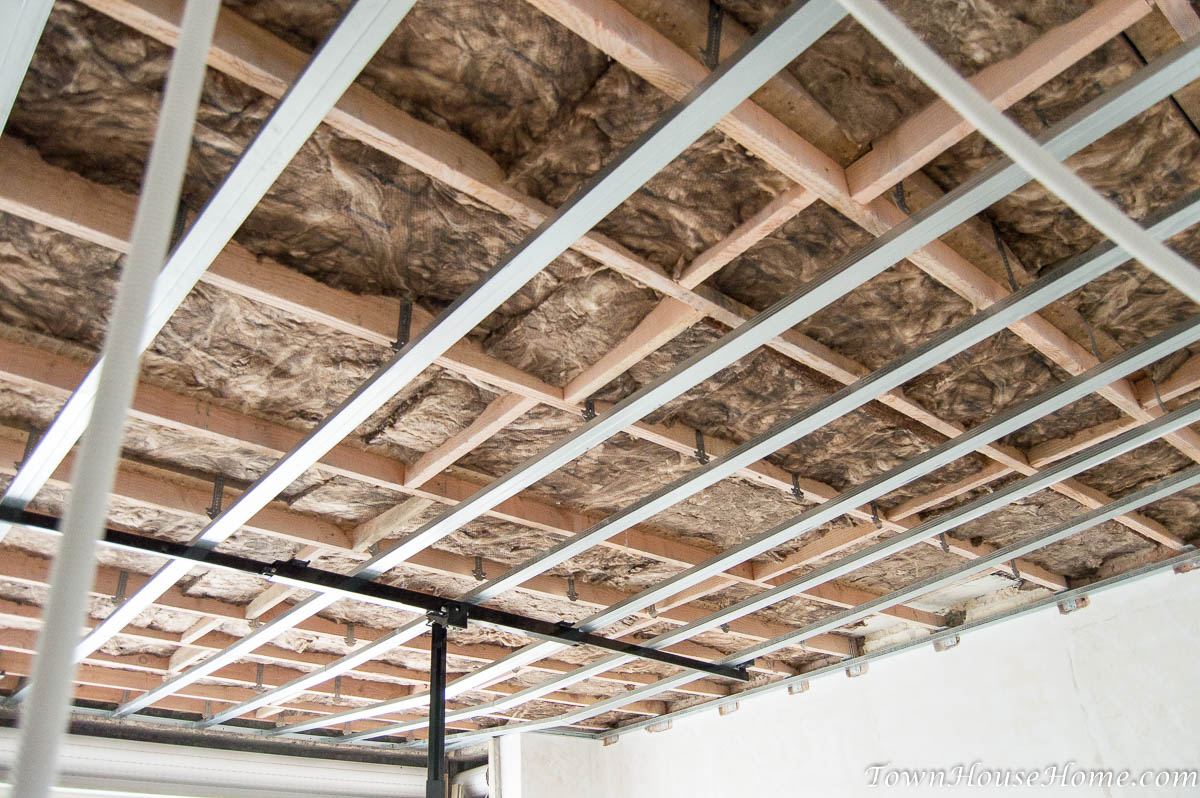 With the frame in place, I could start the final preparations before the drywall could go up. First thing to do: run the electrics for the new lighting, and put some support behind the drywall to hang a lamp.

After some careful planning I came up with the following contraption. 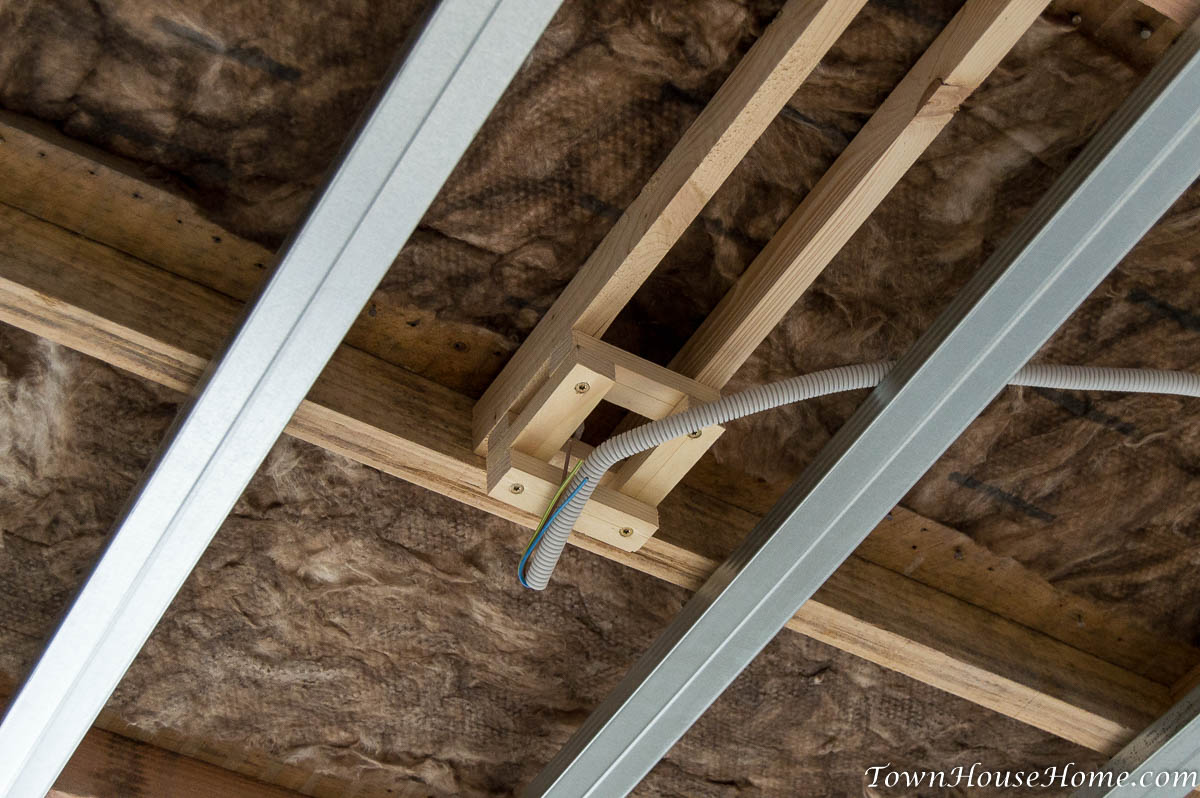 Nice and smooth, isn’t it? Next up: electricity to the shutters!

Besides running electricity, I also had to reinstall the supports for the fronts of the shutter boxes. I opted to put those directly against the frame and not against the drywall, so it would make them look a little less bulky (because the front part of the support remains visible). 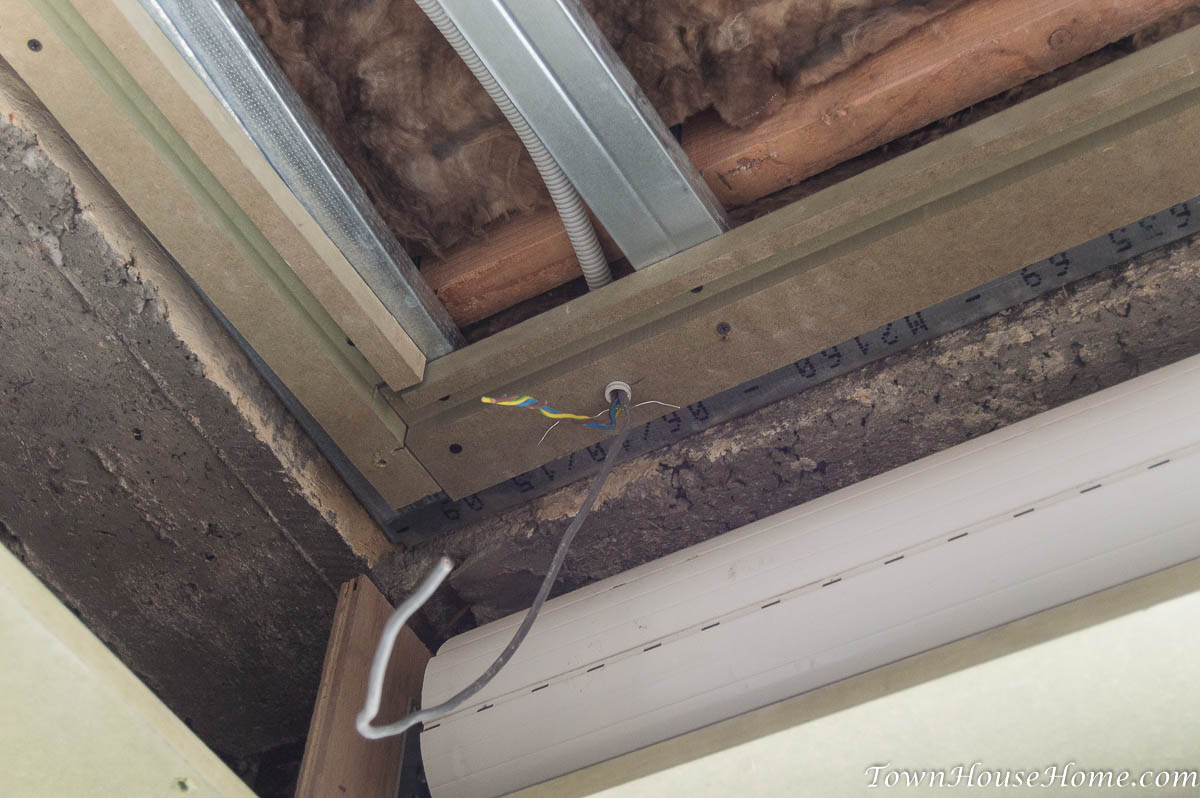 I also ran a … cable, so I could extend the additional motor wiring (for input) to the electrical box.

All done we were ready to start screwing drywall.