Last fall we were trying to finish up our living – dining – kitchen space. One of these problem areas was that open space along the wall, between the chimney for our fireplace and the kitchen wall. Way back when we were looking into that fireplace, we already had a plan on what we wanted to do with that space (now there’s something new!): a custom made cabinet. The lady of the house didn’t want me having a go at it though, so we ended up with a contractor…

But before we could stalk them we had to figure out what exactly we wanted. We already knew the space it had to fit in, and in one go also hide the chimney going up and that little bit of wall sticking out between the dining and kitchen area.  Right above the floor we wanted some drawers, as these are easier to work with down low. Above that came space for my records, topped by my turntables (which had been in their box for way too long by the way). To top things off, some shelves behind doors. An idea was born, a vision was created, tears of joy were flowing. It was magical.

Next stop, a certain company specialised in making cabinets to order.  The friendly lady (with a degree in interior design) drafted our vision into something they could work with, then presented us with all kinds of options: material, colour, handles and so on and so forth… After some back-and-forth communication, we had a final plan, for a white cabinet with invisible handles (you know, the push-button type of handles). 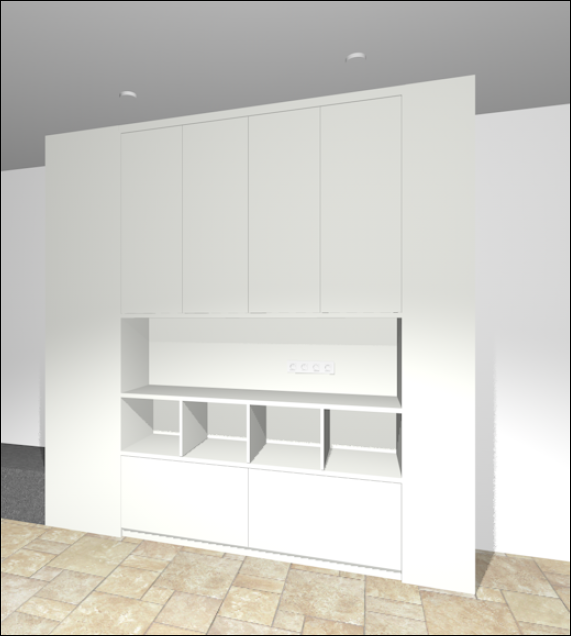 We chose white mostly because of its timeless appearance, especially in combination with the gripless doors. Easy to combine with just about anything, and doesn’t weigh down the room (even though it reaches all the way up to the ceiling).

Then came a delivery. Suddenly we found our entry filled with wooden panels, big and small.

A day later a guy named Marco (and his trainee) arrived at our door, to puzzle together the cabinet.

First thing he did was to put the sides into place. with these little hooks attached to keep the backs later on from pushing through. He put the bottom of the cabinet together, which will house the drawers later on. 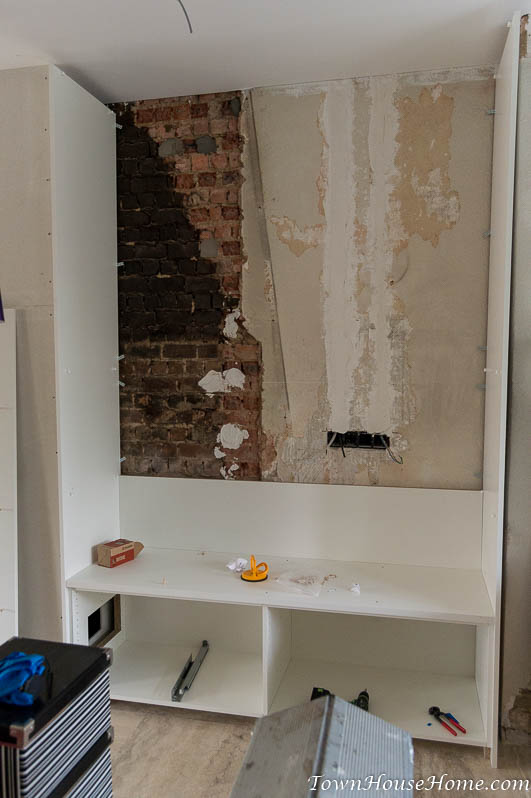 Next up: room for my records, then space for the decks. To top it off, 4 pieces with shelves behind a door. 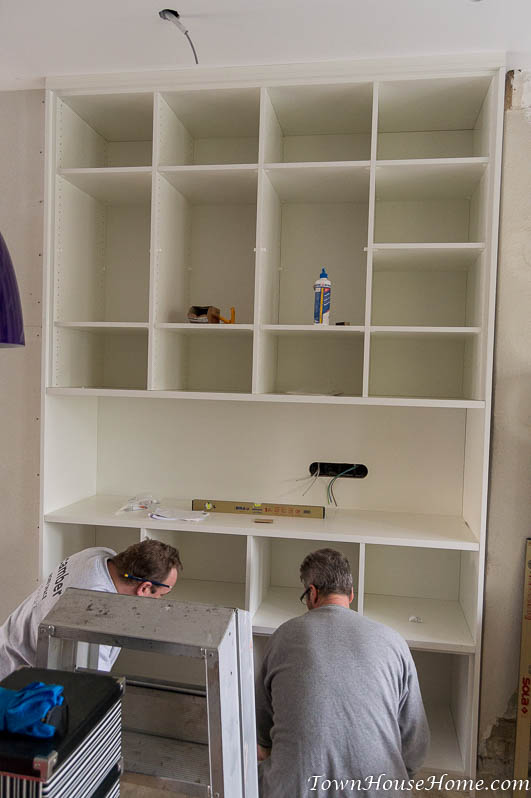 Next to the actual cabinet we asked for two extensions: one to cover up the chimney (going from our fireplace through the ceiling) and the second one to cover a piece of wall. 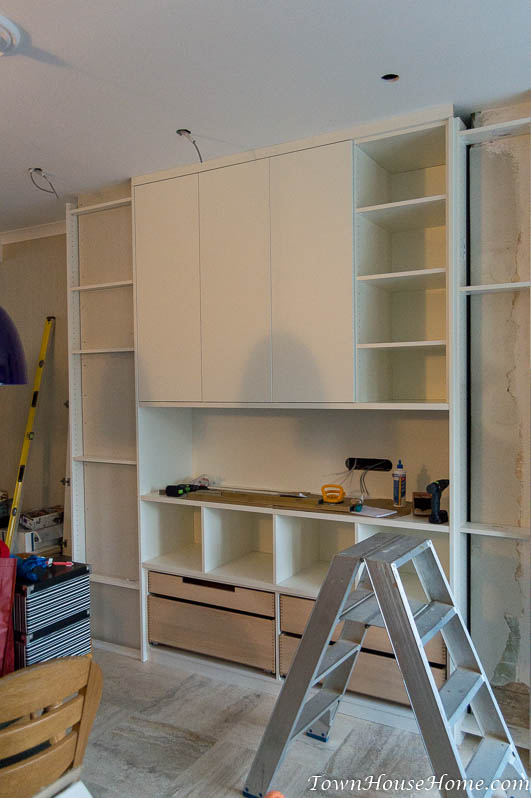 Once that was finished… 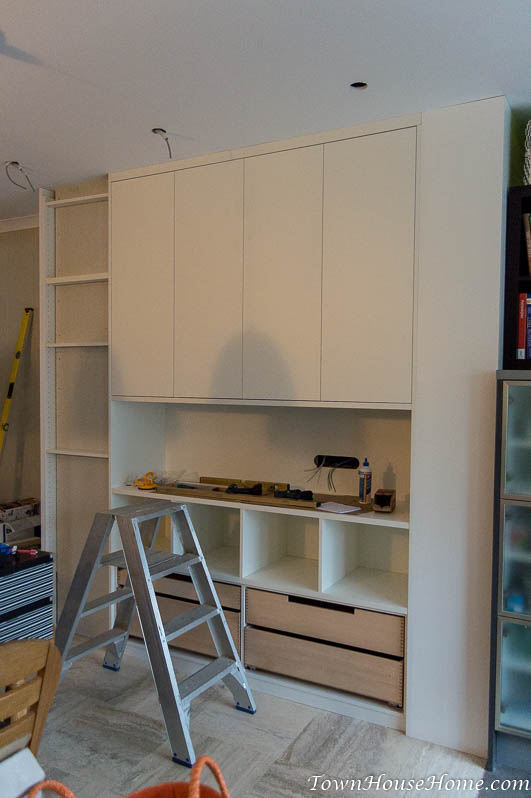 … (yeah not quite completely finished, my bad), it was my turn to complete the cabinet by installing the electrics. 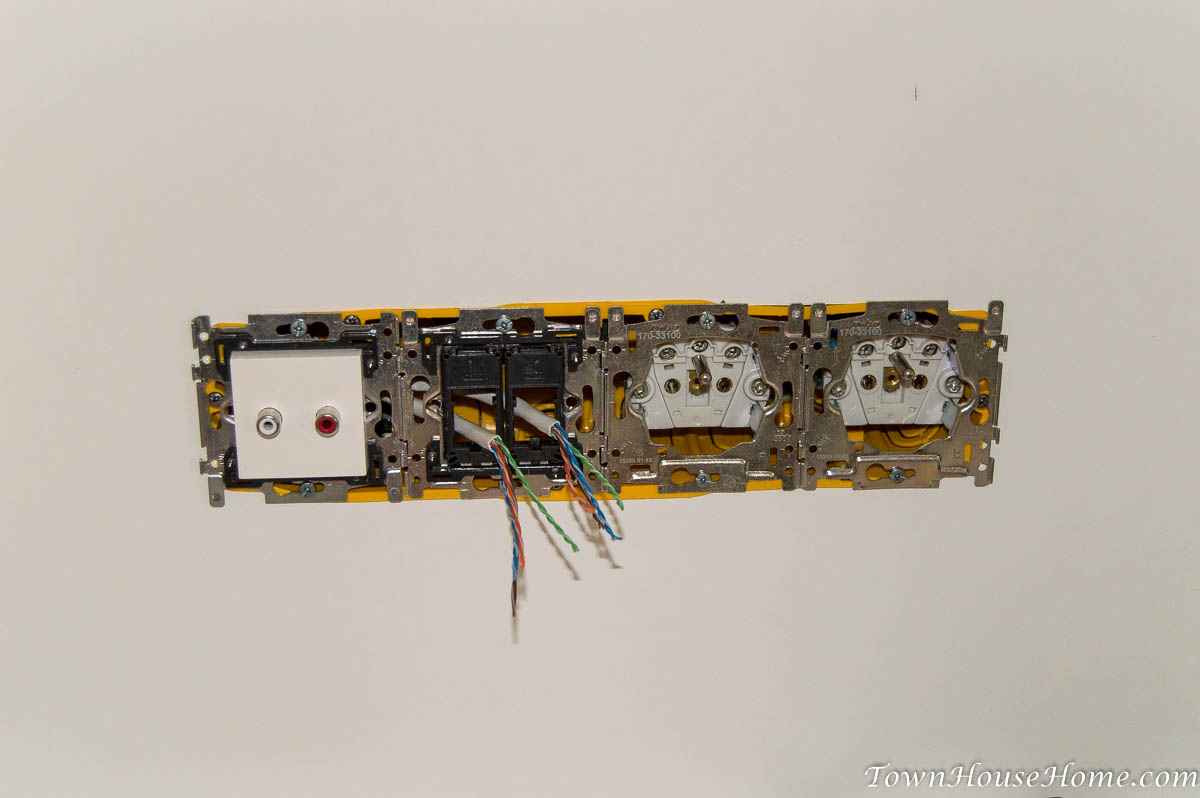 You’re looking at an audio outlet (to connect my audio gear to my amplifier in the living room), a double network outlet (cat 6) and two power outlets. Completely finished it looks like this: 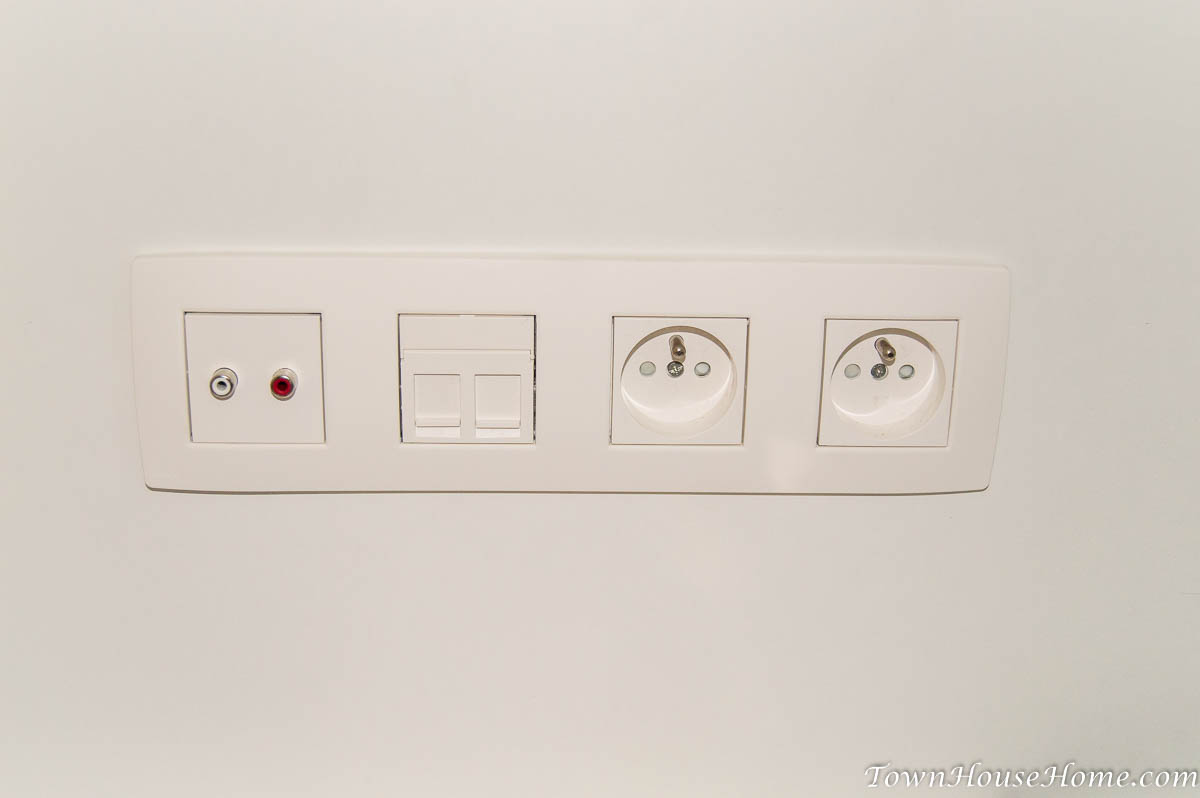 For those of you interested, the outlets are Niko Original White.

But how does it look completely finished? 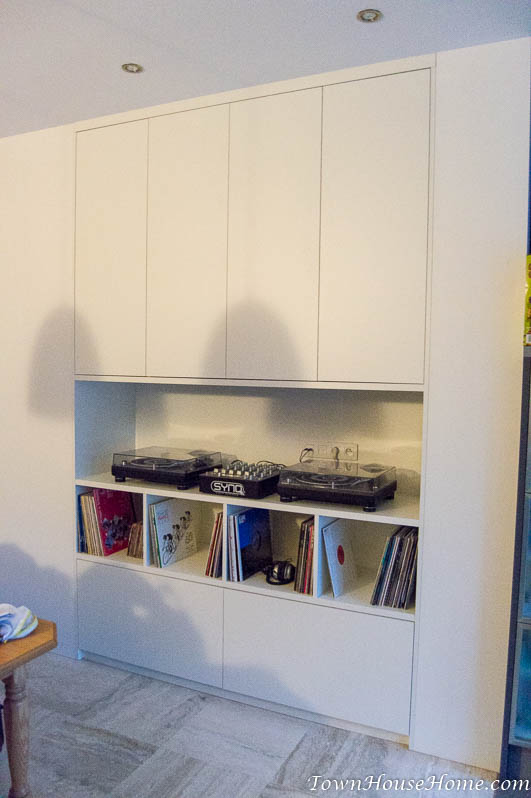 Yet another part finished. We went from an ugly part where once stood the massive copper beast of an open fireplace to an elegant custom made cabinet in our dining room. Up to the next part!