“I want some, some energy, the ultimate discovery, electric blue for me, never more to be free, electricity”. Yeah, electricity, my favorite DIY subject!

It all started way before the tiling madness. As with plumbing, electricity requires work to be done before anything can be finished, and then some more to finish it completely. Hence first thing we did (after thinking what we wanted and were we wanted switches or sockets) was cutting the wall with our angle grinder. In the now cut slots I put two empty tubes, so I could pull my electrical wire through. Also space was cut out for the boxes where the switches or sockets had to come. Those were put in place with a little cement, which was then also used to fill the slots once all tubes were in place. 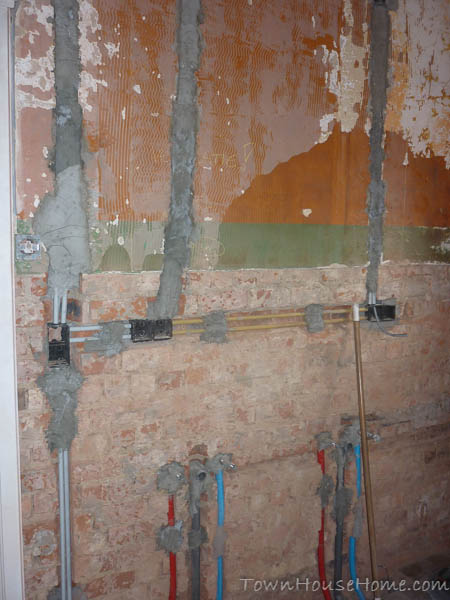 Then a lot of tiles were thrown against the wall, and onwards we went with the electricity. Since we are doing a ceiling below the actual ceiling (well, actually the previous owners already did, we just opted to replace the ceiling shelves; the bathroom is high enough anyway, no gain in ripping it all out), we could run all cabling above the ceiling. We chose to have six downlights, so now it was just a matter of placing the cable holders and running all cables. 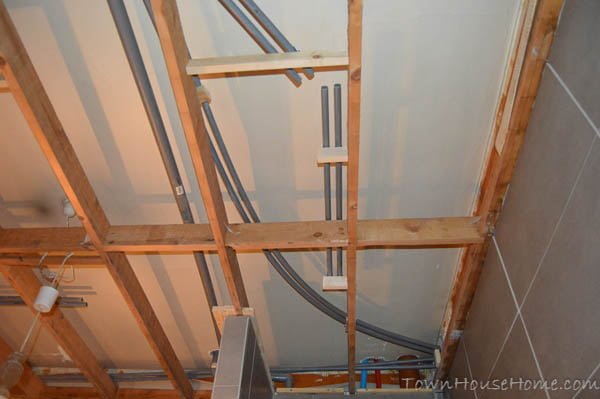 Only one more little thing to tackle before the ceiling could go up (no, not in flames): the fan. In wet rooms you’re advised to have some sort of ventilation, to be able to get rid of any excess humidity (yes hot shower, I’m looking at you). We opted for a fan by Airflow called the Icon 30, coupled with a humidity and timer module. However, we still needed some kind of support for that fan. Enter some chipboard! After getting it sized to fit between two beams, I cut out a not-really-perfect-but-close-enough circle with a jigsaw: 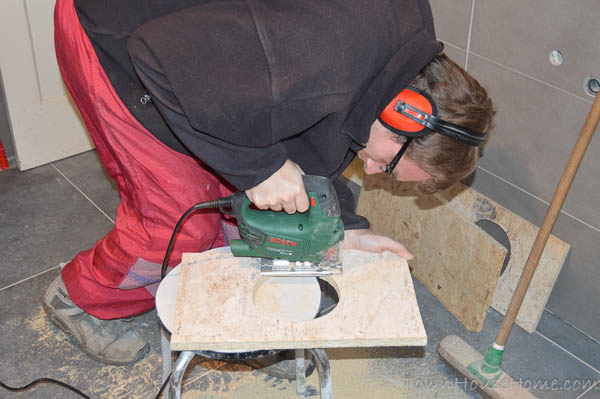 Then another problem posed itself: the wire still had to go through the chipboard to get in the hole present in the fan. Add a little fantasy and you get this: 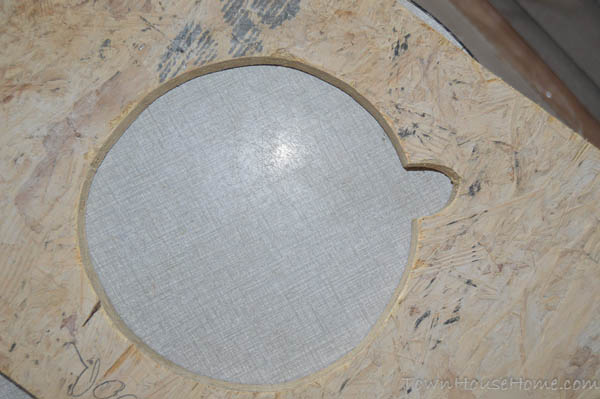 Doesn’t it remind you of something? But that meant the chipboard was cut and ready to get in place:

With that, all electric final prep work had been done, and the final installment in bathroom was getting near.

And for those of you wondering, here’s the origin of the quote (if you recognized it you’re probably older than me):