Creating a clean slate on the first floor

Now that the living – dining – kitchen space was pretty much ready for use (leaving out some minor details to be finished), the time had come to aim our efforts at the rooms on the first floor. As the saying goes, it first has to get worse before things get better. Ergo, time to create a clean slate on the first floor!

Two bedrooms had been equipped with built-in cabinets, which we saw as an advantage when we were thinking about buying the house, and still did when we had just bought it. After living in the house for a while we had started changing our mind: they weren’t exactly pretty, they were actually quite deep (thus taking up more space than needed), and not everything was working as it should (doors scraping, locks and doors not closing nicely, …). Furthermore we were thinking more and more how we’d use the space if they were gone. In the end we just decided to scrap them. Demolition time!

I started in what will be the baby room, where we had two built-ins flanking the old mantel. 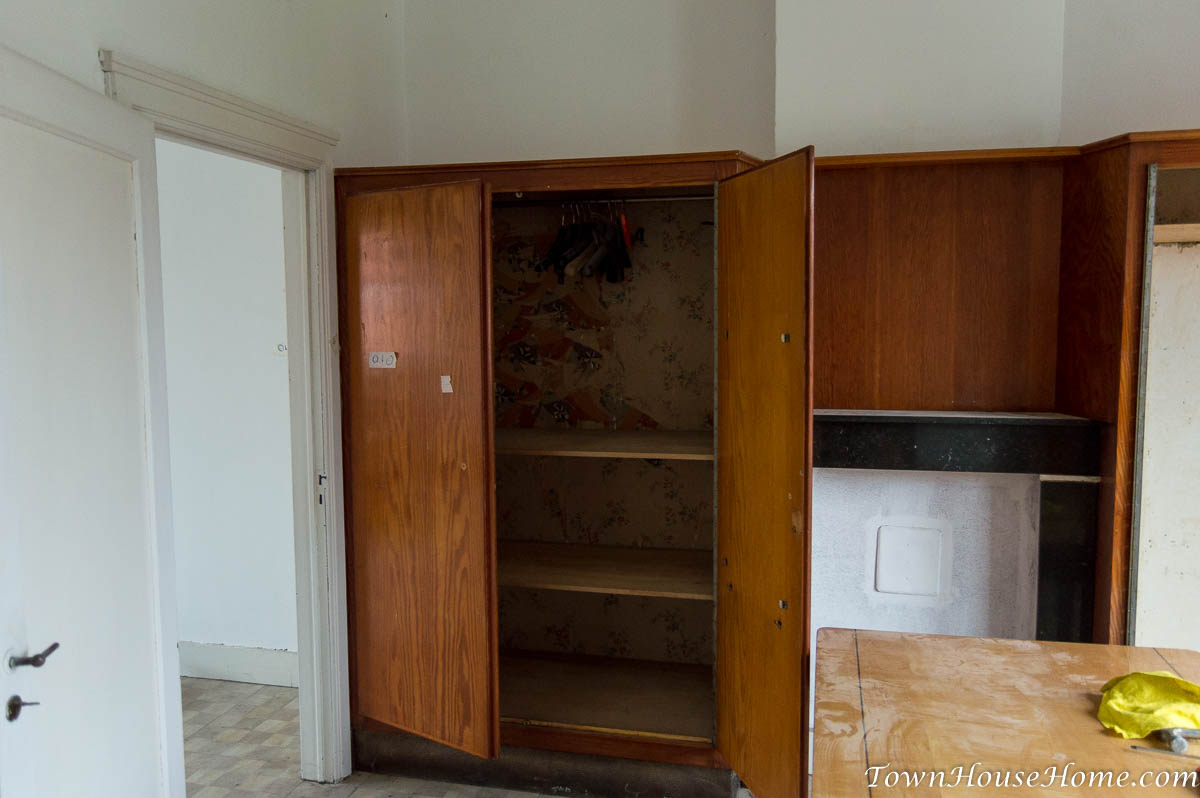 First the doors came off. 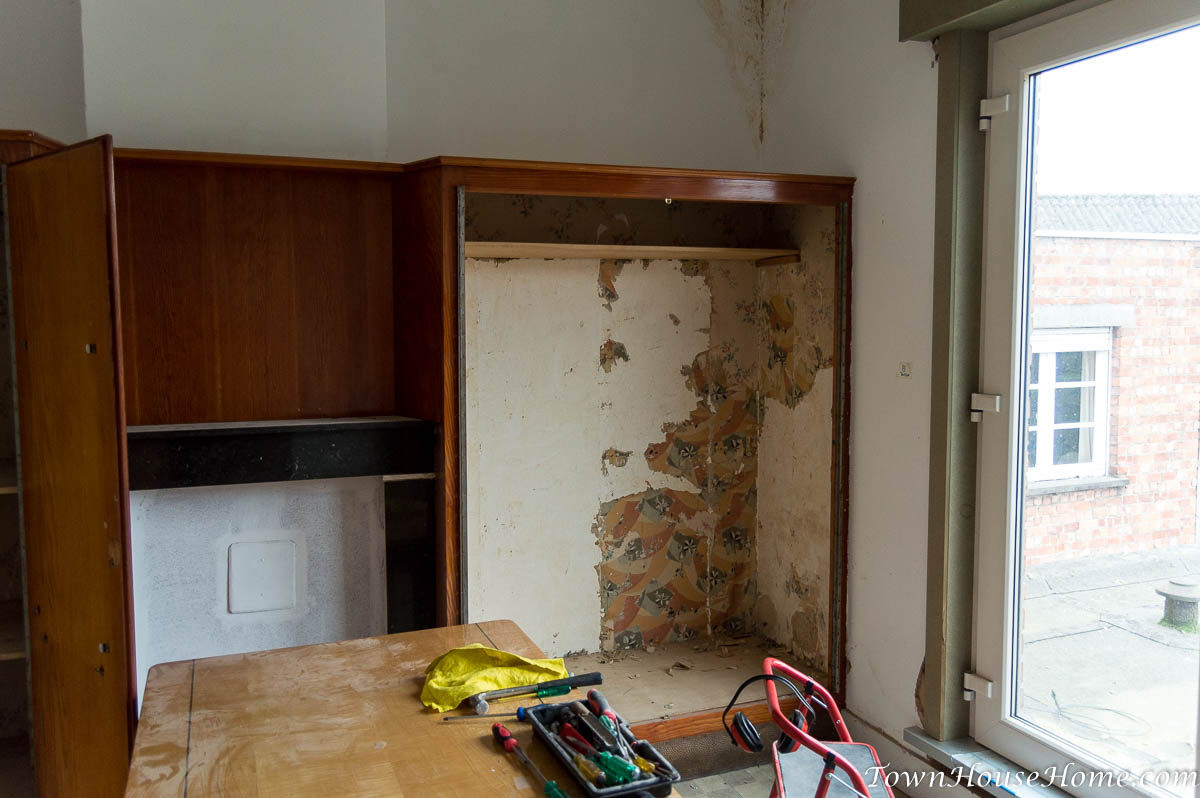 With the doors gone the shelving was removed, then the top and bottom of the built-ins. 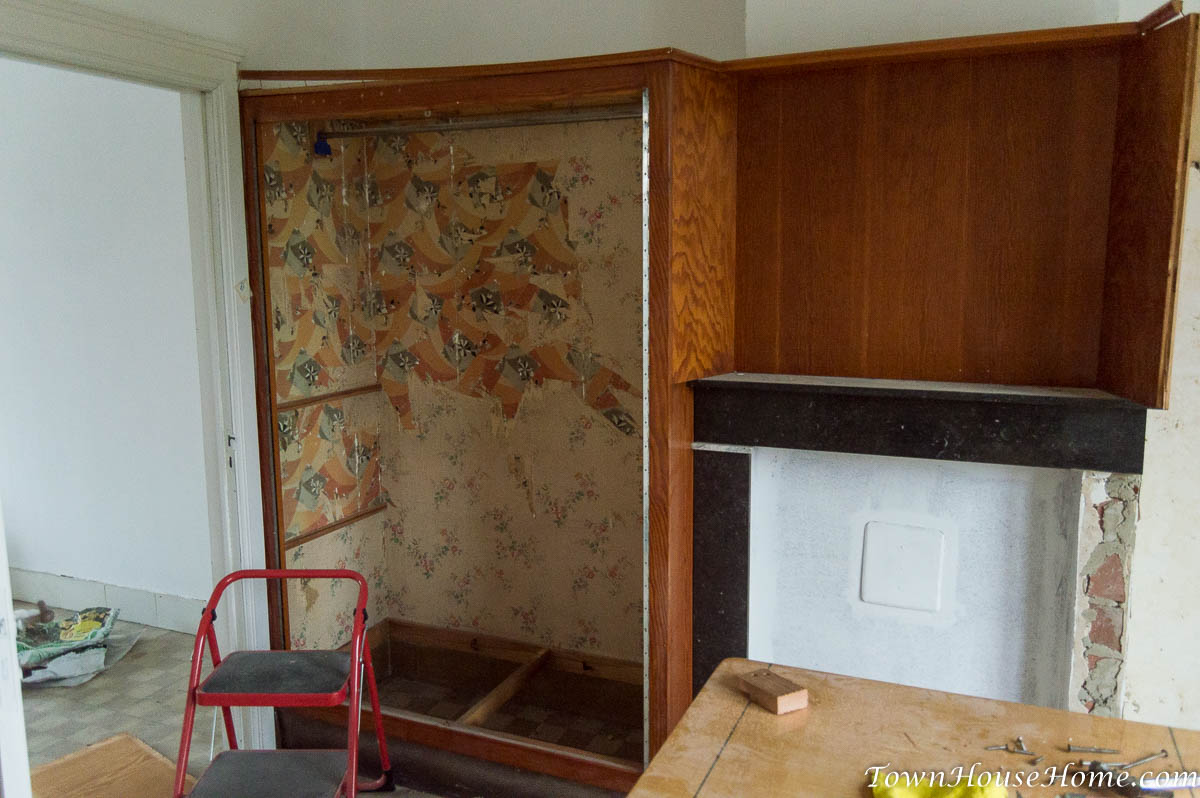 How, you might ask? A hammer. And pure, brute sheer force. You should try it too, it really works liberating.

Anyway, once it was only the frame left, I could unleash even more brute force, to get rid of it. One thing I’ve learned about stuff made in wood that’s been built a decade or three ago: those bastards didn’t mess around when it came to making sure the stuff they had built would last forever: nails and screws and glue and a jointed connection, all together for every connection, and everywhere. Because it can never get loose again. Ever. Even if you’d want it to. Why would you want to do that anyway? Oh, I forgot to mention the wooden plugs in the wall. Yeah, those were a great invention too.

Anyway, after a lot of sweat and muscle action, this is what we ended up with: 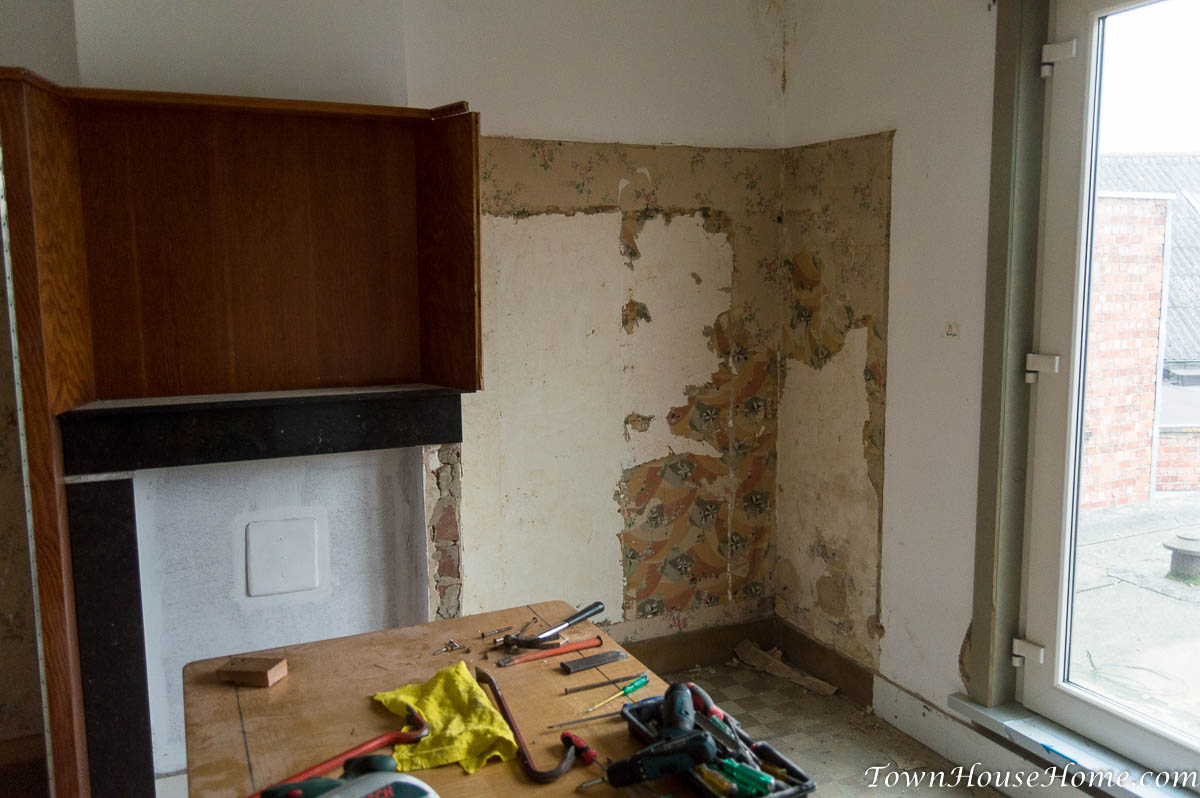 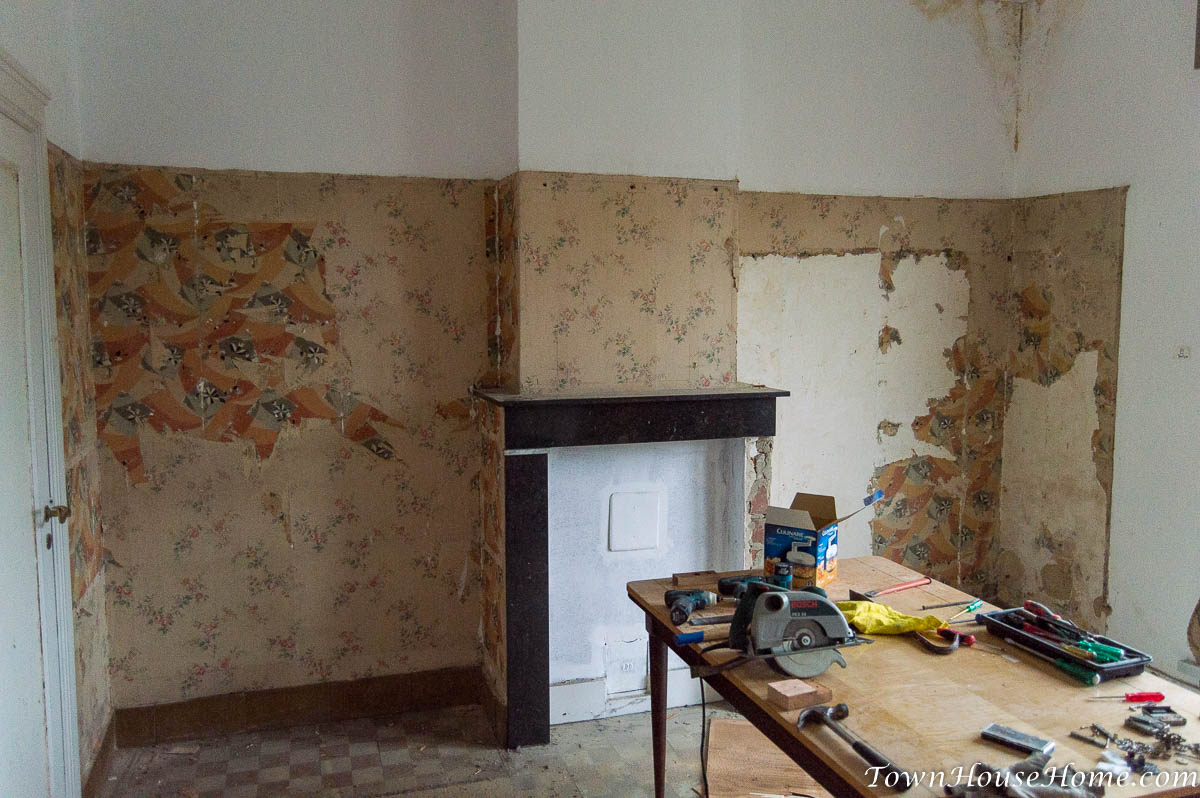 Yes, that’s a mantle that has been freed from the built-ins that were suffocating it! Can we all agree that it is much much much prettier now that is has been liberated? Can we? Even though I had a little accident, and one of those stones came loose too. Nothing some mortar can’t fix though…

With this room liberated I moved on to the next one. There I had a built-in from floor to ceiling, from wall to wall. I followed roughly the same method, starting with removing the doors. 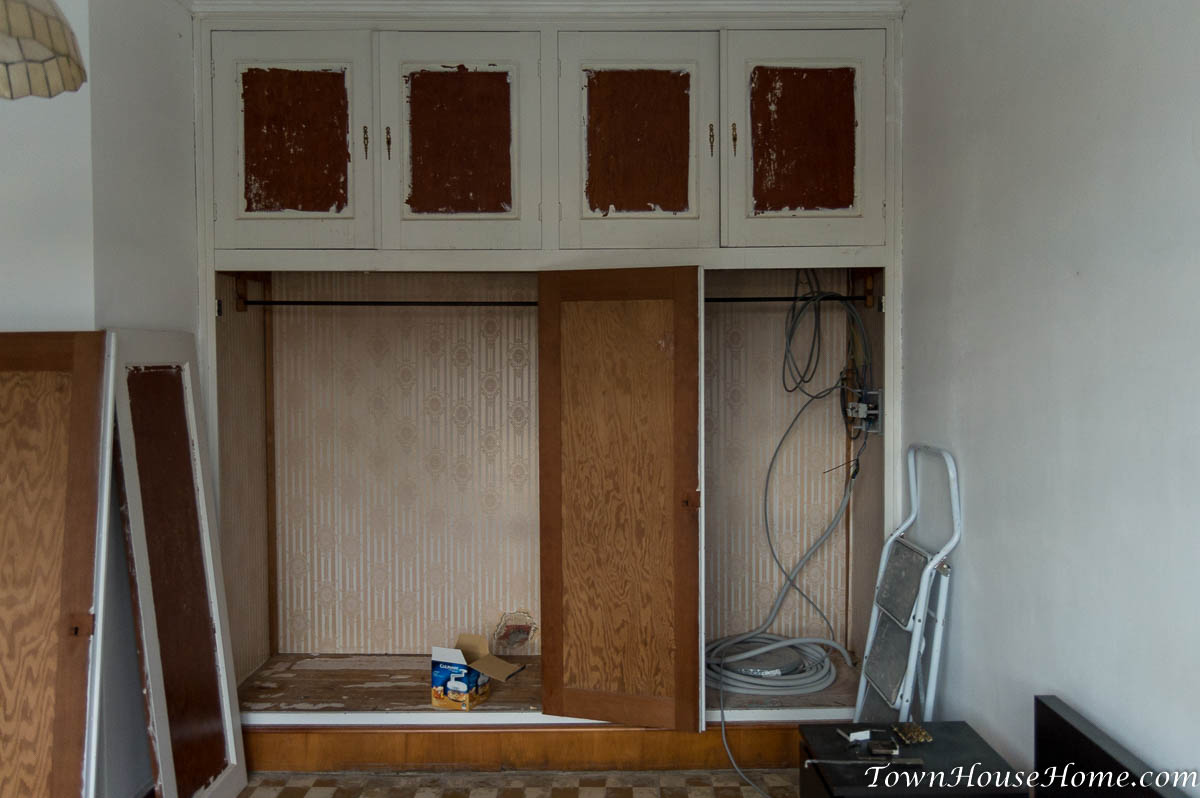 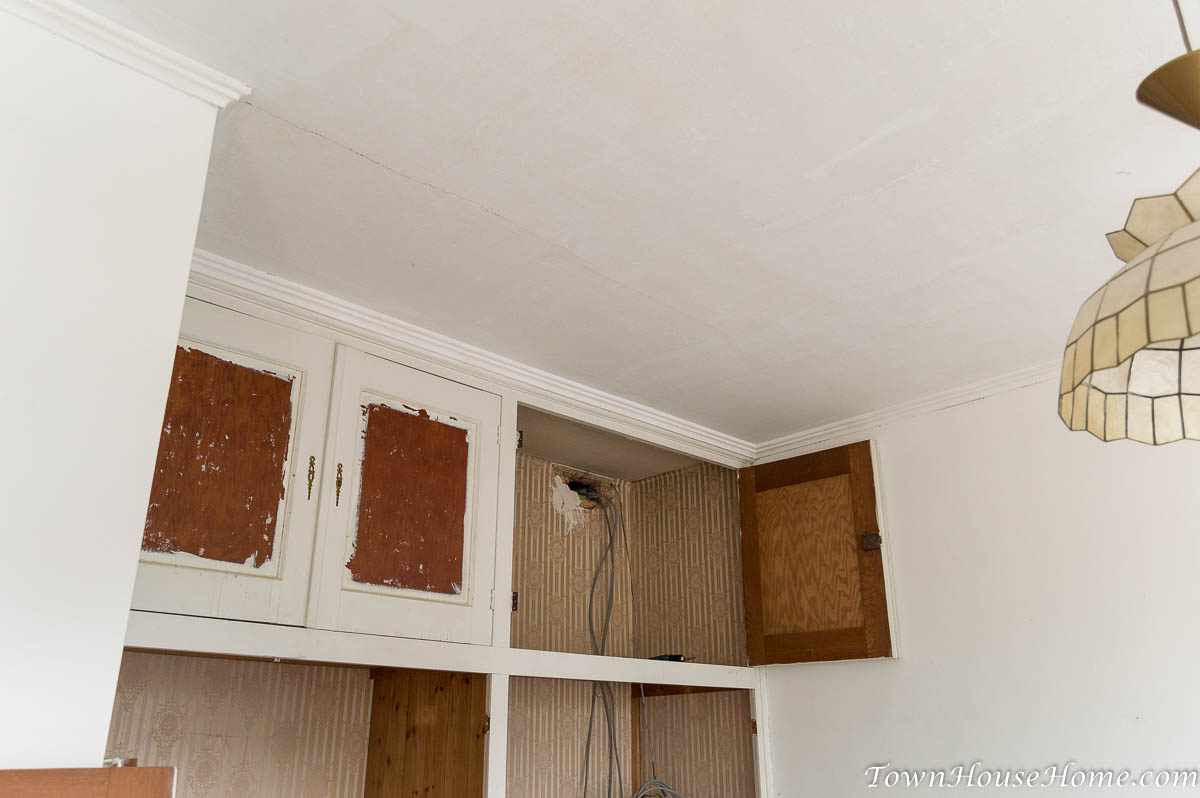 After that I removed the cabinet floor and shelves, after which all I was left with was the frame, also known as “the cross”. 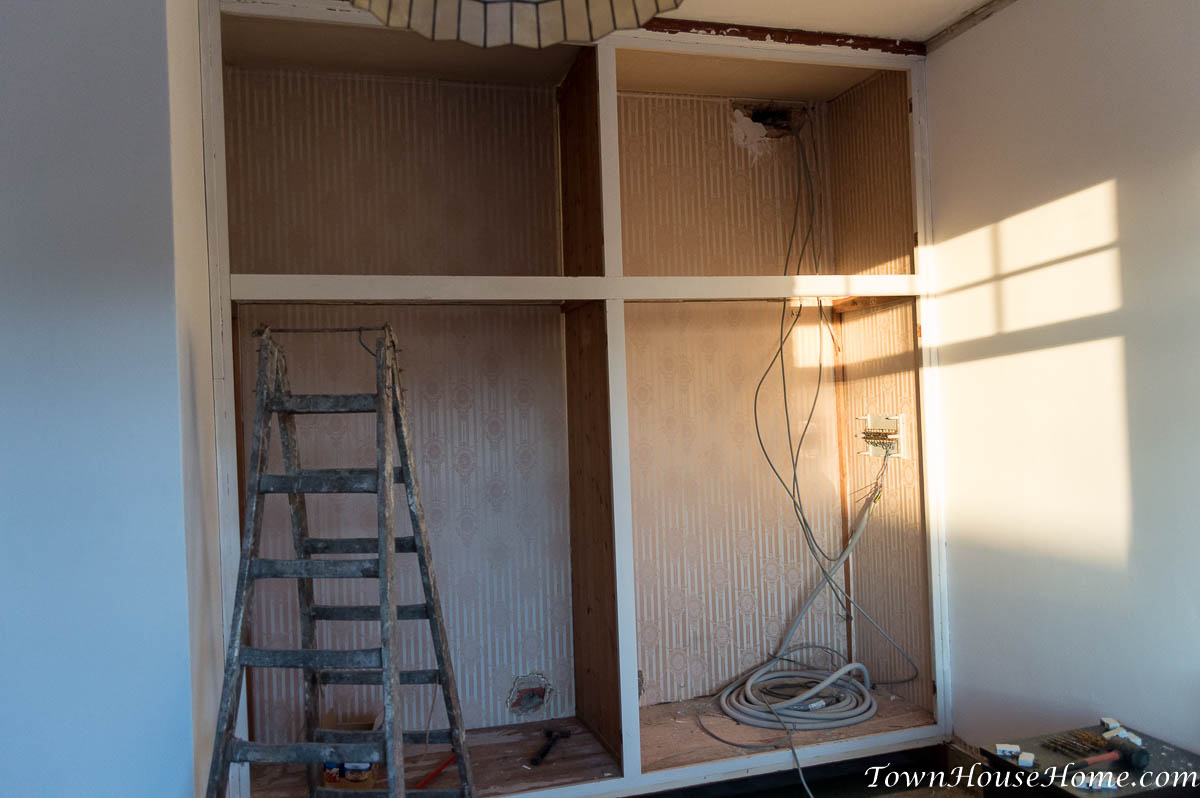 Again, as everything had been nailed and glued and screwed and jointed together (and to the walls), there really only was one way forward: strategic saw cuts. And a hammer, always a hammer.

The built-ins now gone, I had one final enemy. 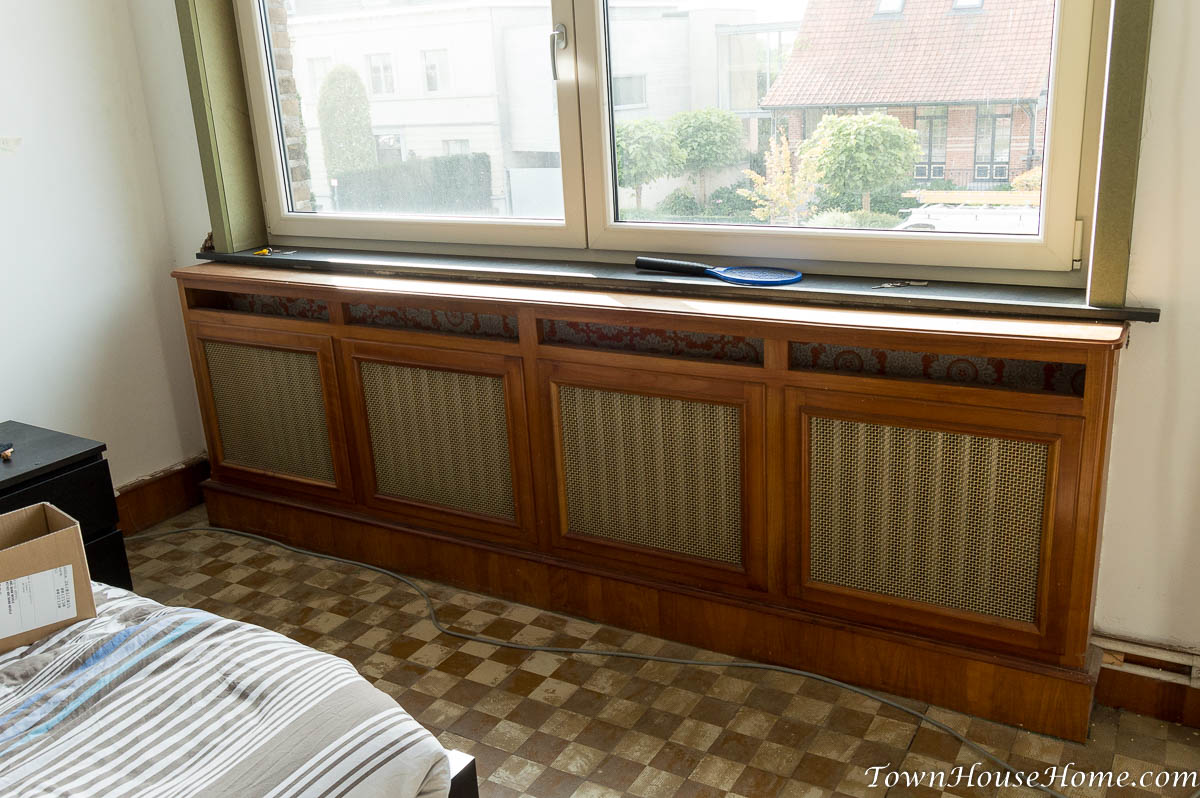 This beast had been placed around the radiator of that same room. I have no clue why. Why do people do this? You can even find complete instructions on how to build one if you’d want one of these yourself, but why? You’re hindering how the radiator works, and given a proper paint job a radiator without this thing also looks so much better. It just had to go.

So I started by getting rid of the doors-that-aren’t-actually-doors-because-there-are-no-hinges. 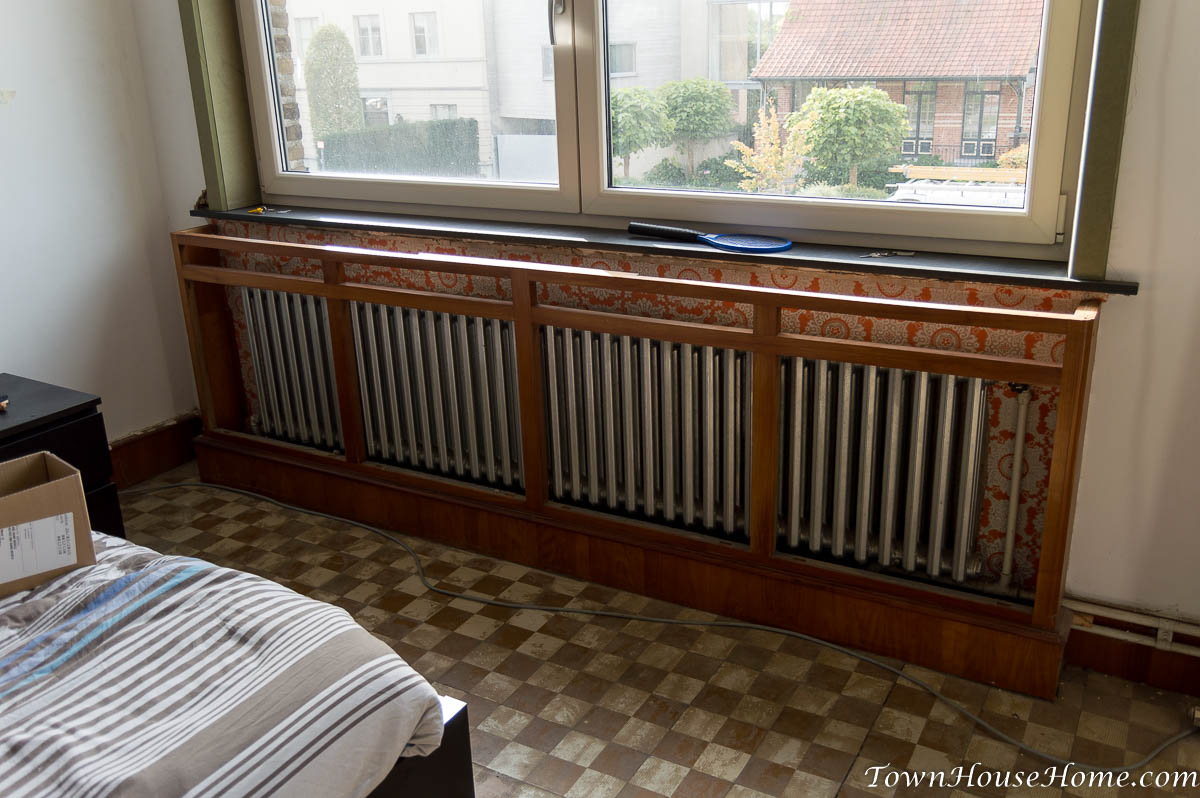 Now for something I hadn’t anticipated: I could just pluck the remaining frame off the wall. Even though the frame was nailed and screwed and glued and jointed together, it was barely fixed to the wall. This made my demolition job a whole lot easier: I just moved it to the center of the room, where I could hack away to get it to pieces, not having to worry not to damage the window sill just above it.

Now the radiator had some room to breathe. 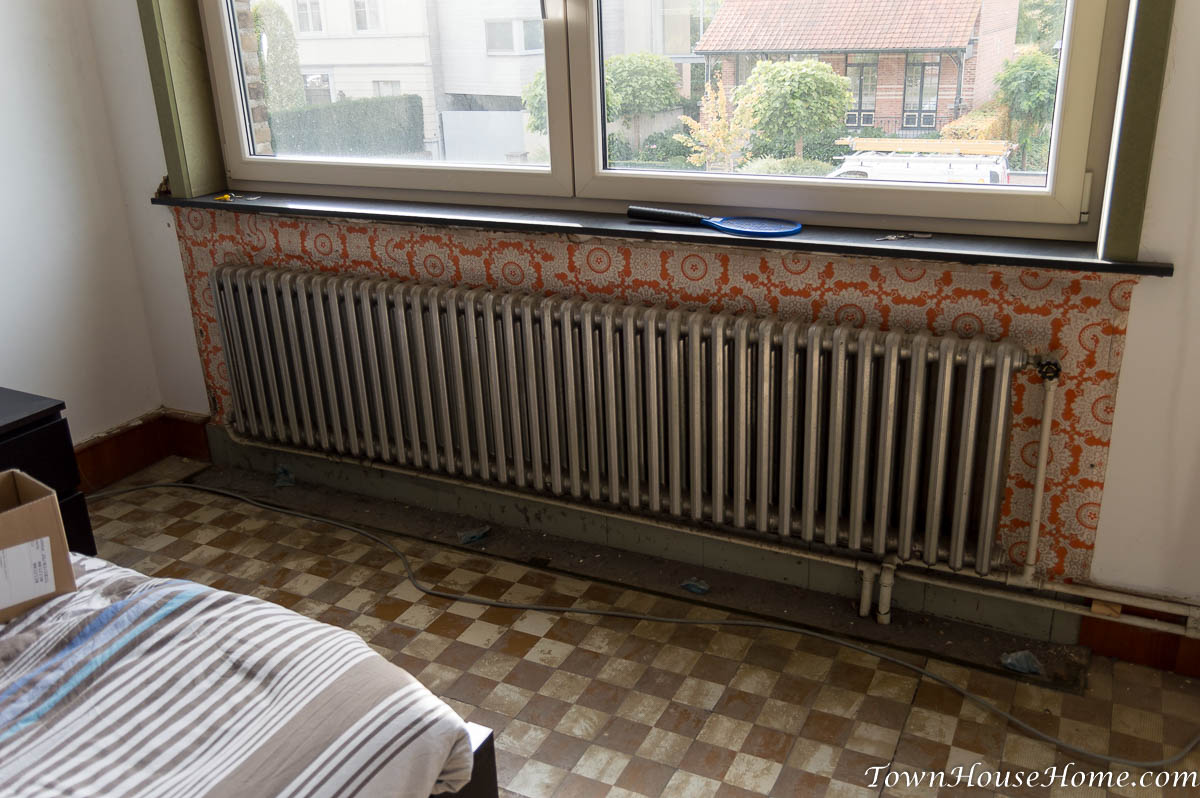 Just like that we had completely cleaned out the bedrooms. We were ready for the next step: more demolition!

Hi there! We're Koen & Chrisje, a newly wed couple, slowly transforming our house to our own home! You can read more about us here.