After cleaning out the rooms in last post, the time had come to take it one step further. The time had come to remove the old ceilings completely. Mind you, this was a decision we did not take lightly. I’m not a fan of renewal for the sake of renewal, so if I see a way to make things work without taking the whole damn thing down, I’d always consider it.

In this case however we had to find a way to provide new electrics in the ceiling for lighting (as the present one didn’t comply with current code) and shutters (as none was available). That old lighting cable had been plastered in place roughly though, so once the wallpaper came off the ceiling it also became visible. Very visible. Add that cracks had appeared (some of them which had been repaired before already, and reappeared) and it became apparent that the only way we’d ever have a nice, clean, crisp ceiling would be to tear it all down and start from scratch.

Nothing of value has been lost though. Upon careful examination (I poked it) we concluded that the crown molding was of the polystyrene kind (and not ancient actual plaster, which would have been more regretful to just blast into pieces). That was the first thing to go. 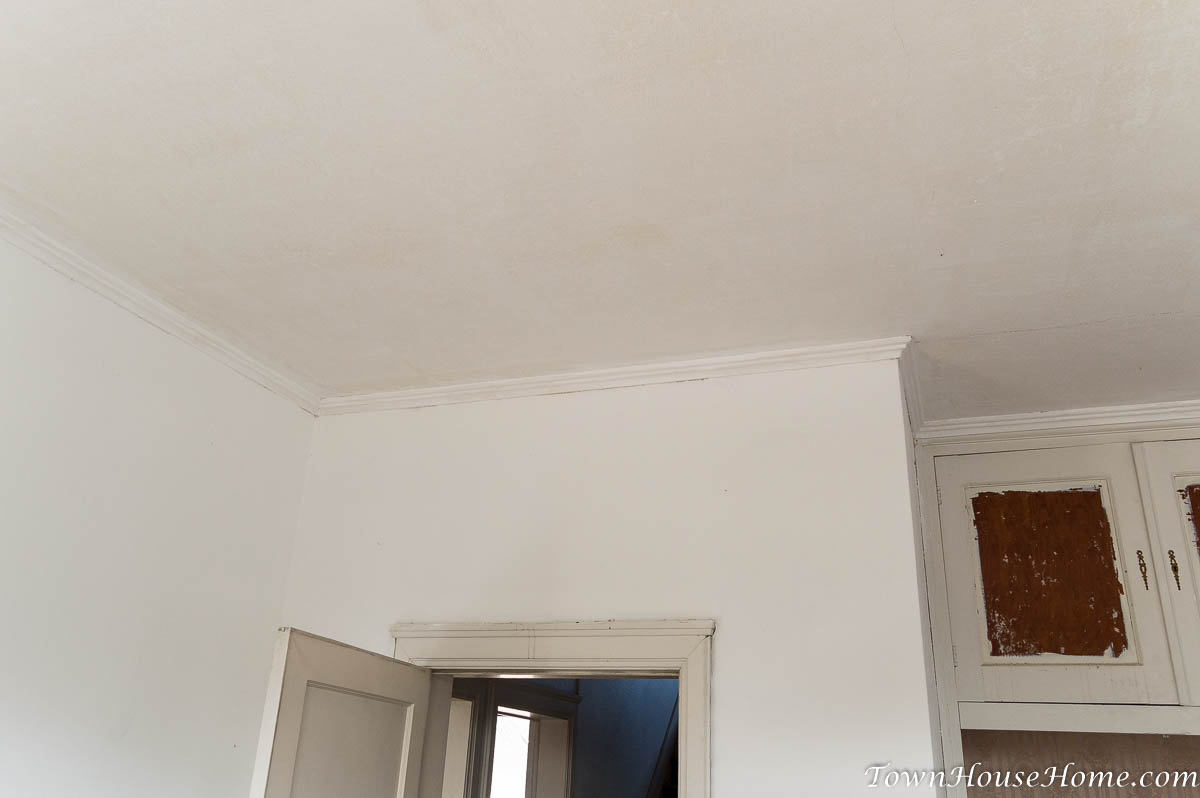 After that I knocked down the old lathe and plaster, in much the same way as before: by using a hammer and a crowbar. 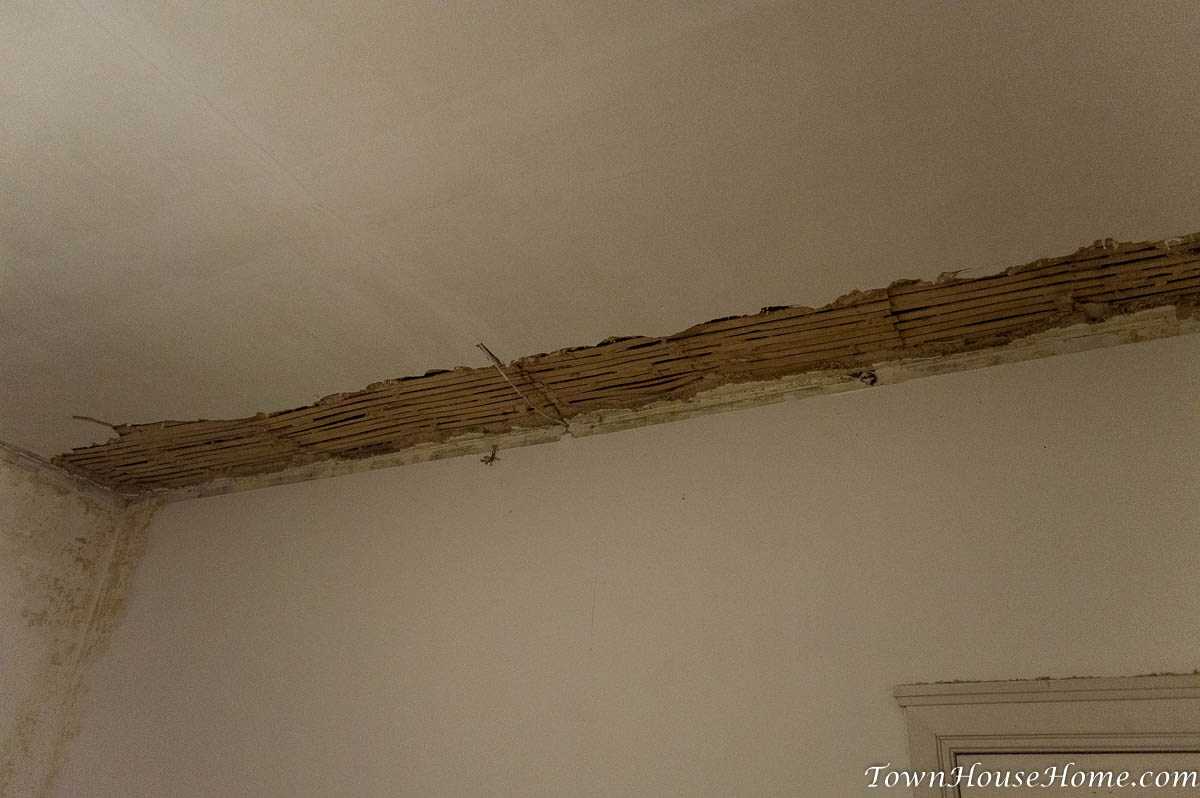 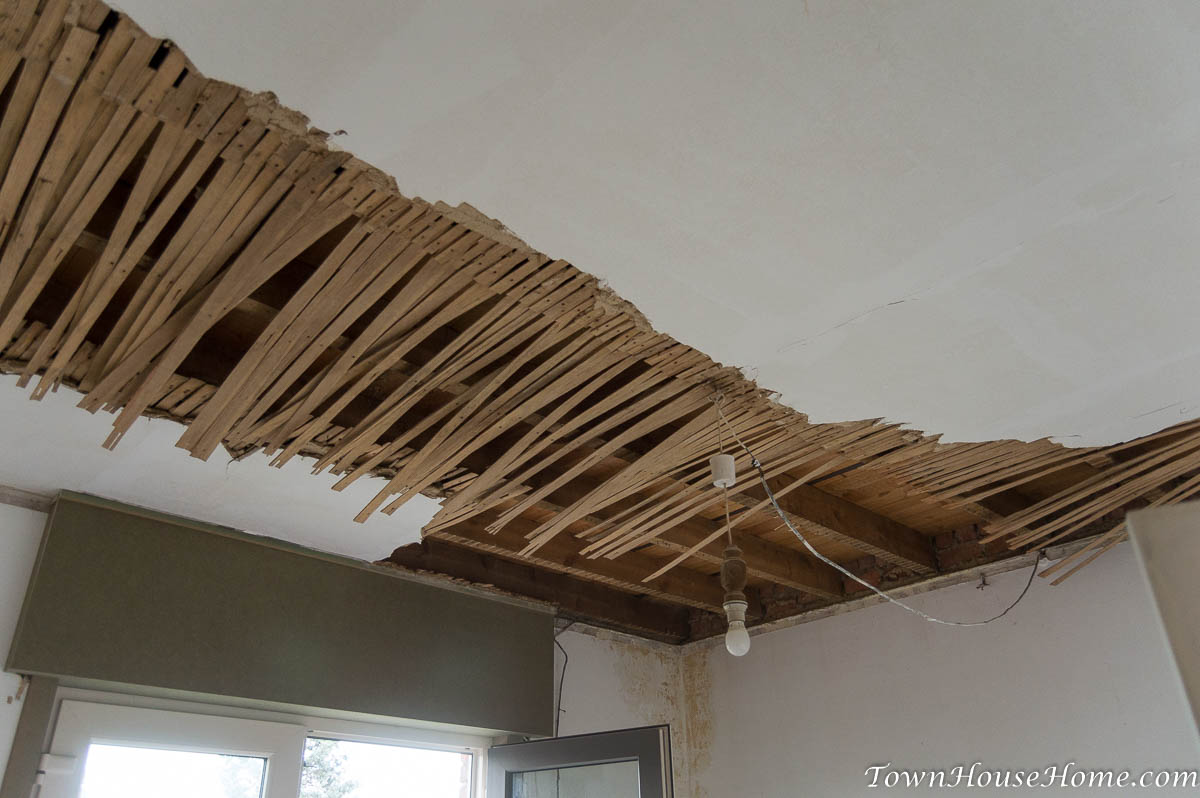 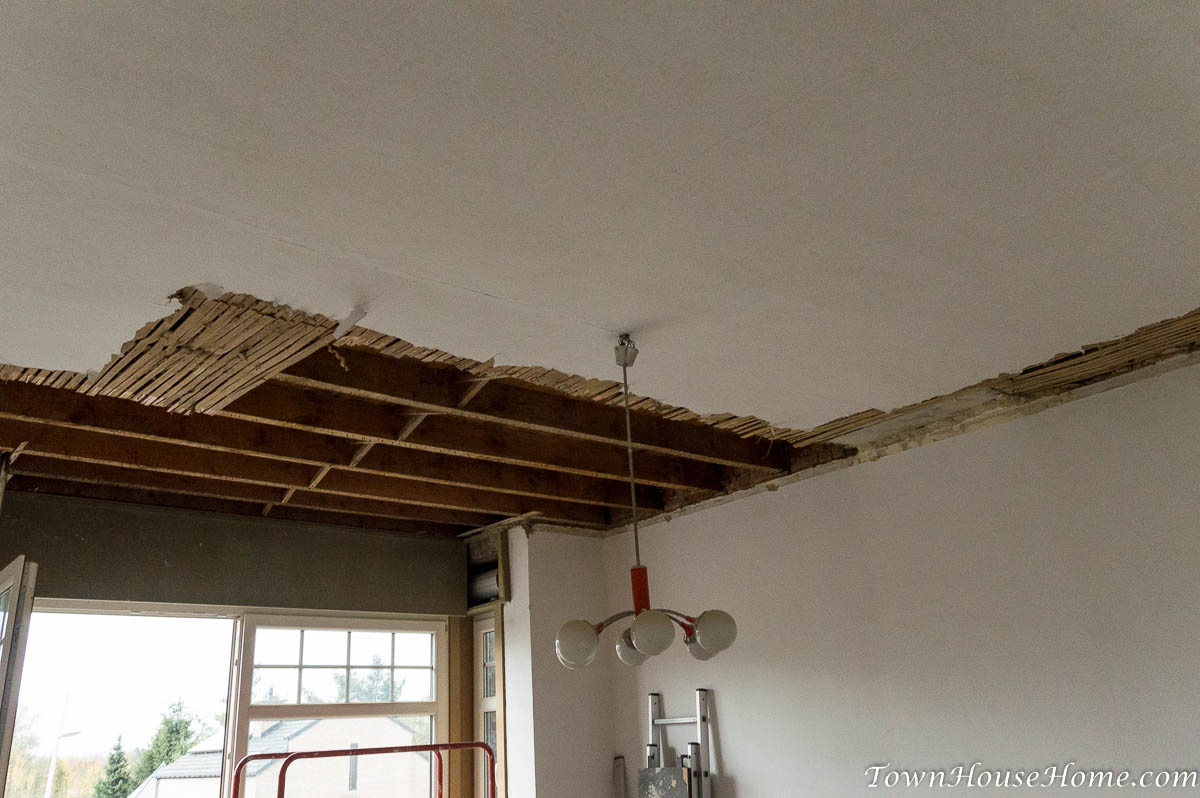 And here’s an old crack to be found: 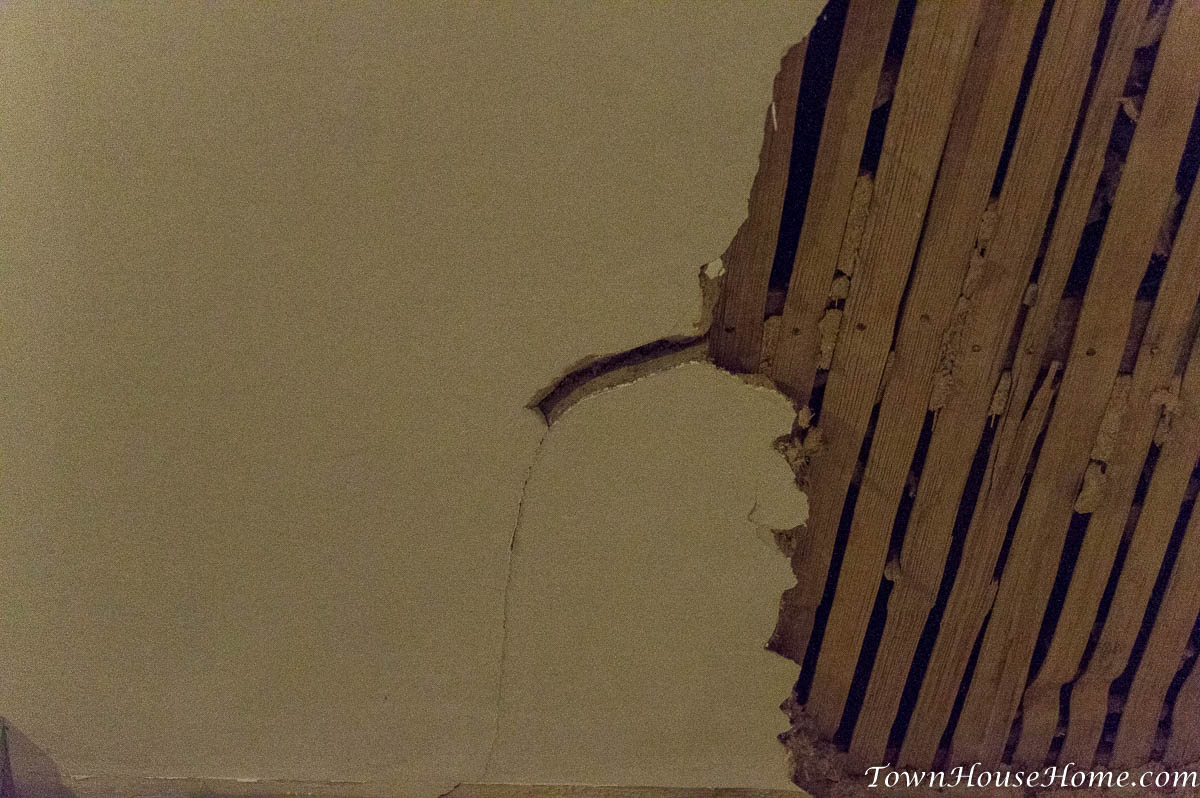 It’s really just as simple as that. If only there was a way to avoid the dust, but unfortunately I haven’t found it yet.

Once we got rid of most of the debris, we took the radiators from the wall and onto a simple cart (pro tip: these things are heavy, so if you just dump them on the floor you won’t be able to move them much…). After that I could remove the old heating pipes (which we are going to replace with new tubing) and knock down the plaster against the wall behind where the radiators were. Yeah, the same as we had had downstairs: the plaster had come loose, so I’ll have to replaster those parts of the wall.

To finish I removed some more loose plaster in the future room for the baby, and some plaster which had gotten moist due to Roof Guy…

I am pretty much done eating dust now.